Rimmed cartridges for single-shot and double rifles were an extremely popular choice for hunters in the late 19th and early 20th centuries, with good reason: they operated at a relatively low pressure, and the rifles in which they were housed were, above all things, utterly reliable. In 1907, an uprising in the British Territories of India and Sudan led to a complete ban on all .45 caliber ammunition, to prevent any of the insurgents from reloading the then-popular .577/.450 Martini-Henry rifle ammunition. Due to the popularity of the .450 Nitro Express as a sporting round in both Africa and India, ammunition manufacturers scrambled to come up with a cartridge of similar ballistics, yet of a different bore diameter, so as to be compliant with The Crown’s new ruling. There were many responses, such as the Holland & Holland .500/.465 NE and the Westley Richards .476 NE, but the one that would prove to be the most popular was Joseph Lang’s .470 Nitro Express. 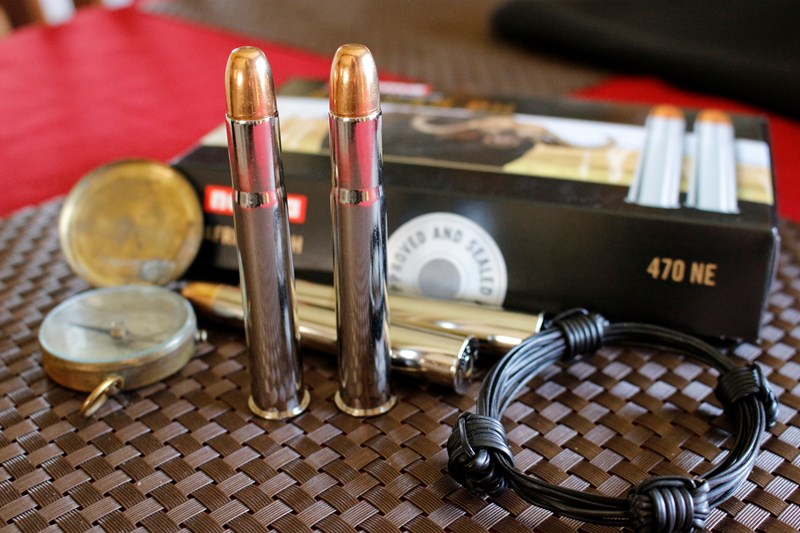 Driving a 500-grain round nosed bullet to a muzzle velocity of between 2,100 fps and 2,150 fps, the .470 Nitro Express generates just over 5,000 ft.-lbs. of muzzle energy, this big stick would quickly gain a reputation for ending arguments with the largest mammals hunted, and has saved the bacon of many Professional Hunters and clients. The .470 NE is based on the .500 Nitro Express 3 ¼” case, necked down to hold bullets that are .475” in diameter. This provided the shooter with a bottle-necked, rimmed case that runs at relatively low pressures – an important feature when it comes to ease of extraction during the high pressure situations involved with dangerous game – yet delivers the bone crushing power needed to stop a charging animal that is measured in tons. The .470 Nitro Express makes a perfect choice for the serious elephant hunter, yet will handle Cape buffalo and hippo with great results. It’s definitely not a long-range cartridge; when zeroed for 100 yards, the 500 grain Woodleigh slugs will drop eight inches at 200 yards. However, the .470 doesn’t need to be a long-range affair. The animals that are hunted with a rifle of this class are, more often than not, taken at distances less than 100 paces, and almost all of the rifles chambered in .470 are setup with express-style iron sights – perfect for close work on dangerous game.

The .470’s ballistics truly don’t differ much from the other Nitro Express cartridges that were designed to replicate the old .450 NE formula; that is a 480 or 500-grain bullet at 2,050 to 2,200 fps. I really can’t nail down the reason the .470 NE stuck around after the demise of Kynoch – the major source of ammunition for the large caliber British doubles – but it is now the most popular of the rimmed big bores, with several ammunition companies offering cartridges in their lineup, as well as many quality doubles being produced in this caliber. 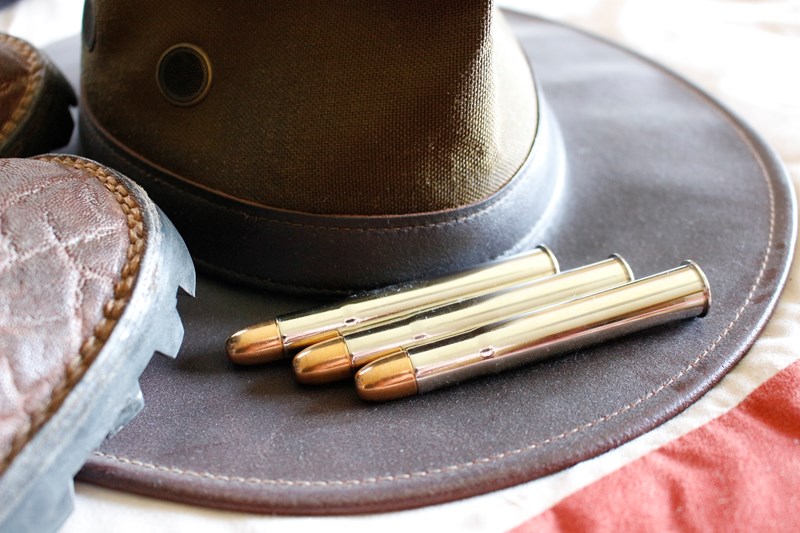 Norma loads the fine pair of Woodleigh bullets – both at 500 grains – for the .470. The Woodleigh round nose soft point will give the good expansion and deep penetration required for animals like the Cape buffalo, while the full metal jacket bullet will handle elephant with no problem at all, even when required to penetrate over two feet of bone in an elephant’s skull.

Carrying a double rifle, chambered to a classic rimmed cartridge like the .470 NE, in the game fields of Africa is certainly an experience to be treasured; while you may need to get closer to your quarry than if you were carrying a scoped bolt-gun, the close-up encounter is something I personally enjoy.

The recoil of the .470 Nitro Express, along with many of its cousins of similar power levels, is not for the faint of heart. However, unlike some of the huge-cased overbore magnums, the recoil is the classic ‘push’, as opposed to the violent slap of the hyper-velocity magnums. A double rifle of sufficient weight, say between 11 and 13 pounds, will help to tame some of that recoil, and let the shooter get back on target for the second shot.

Look to Norma’s African PH line for excellent quality and reliability for your .470, and make some unforgettable memories afield!