Inherited interest in the sport

In terms of results, the sport shooter Elin Åhlin had a season she will late forget thanks to the bronze medal at the Nordic Championships and the win, spiced with a Swedish record, at the European Cup final in Switzerland. Now she looking forward to a new year full of championships – and her tactic is already set.
– To prepare myself for the tough competitions that are at the championships, I will compete as much as possible, she says.

It may be a worn-out cliché in a sports context, that the entrance into the sport happened due to natural reasons, but in Elin’s case it would almost be a misdemeanor not to mention it. She usually says herself that she basically grew up on the shooting range. The shooting interest came from Elin's grandfathers and then continued to her mother and father.
– Me and my brother have always had the choice to do what we want but for me there was nothing I wanted to do besides shooting. When I was five years old, I fired my first shot with an air rifle and since that I’ve been stuck, she says.

These days are hectic for Elin who combines her shooting career with working full time as a finance and payroll administrator. The days vary depending on what time of the year it is.
– During October-April I have a calmer period competition wise, so it contains mostly of office work combined with basic training, shooting and physique. I also do some field shooting so I still have some competitions during that period. Between May-September is the high season for track shooting so during that period I’m away on competition basically every weekend and in between weekends, I work, says Elin. 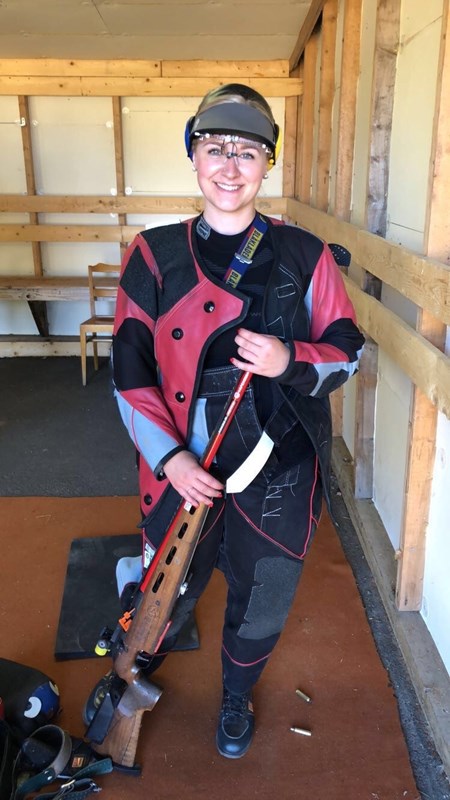 When Elin gets the question about her favorite shooting memory, she hesitates quite long before she says...
– I've experienced so many great shooting memories in my career. I have a hard time putting them against each other since every memory have its own story. Regardless of its a smaller competition or a big championship, I’m proud of my performance.

She can admit though, that there are two performances from last season that she’s a little bit extra proud to have accomplished. The Nordic Championship in 6,5 mm is one of them.
– Ever since the first time I was allowed to participate in the Nordic Championship as a junior, I've dreamt of a medal in the position competition.

At the Championship in 2019, Elin fell on the finish line and ended up on fourth place but during the Championship 2021 she got her revenge and received the bronze medal.
– It really was a dream come true and I’m so proud over how I acted and performed that whole day.

The European Cup Final in sport shooting 300 m in Switzerland is also a competition she doesn't mind looking back at.
– At that competition I had performed really well during the initial position shootings, knee and laying down. During the last shots standing up I had to work very hard with the tension which arised due to my good performance, but I had decided before hand to give it all until the last shot, she says and continues...

– When I was at the last shot, I really wanted to finish with a good round, as I'd done with the previous 119 shots. So it took me about 10 tries and a total of 5 minutes to pull the trigger, but such a happiness when I saw the 10 showing on the monitor. My total score led to a win and a new Swedish record which I'm very proud of, but I'm mostly proud over how a carried out and completed the competition according to plan I had set beforehand. 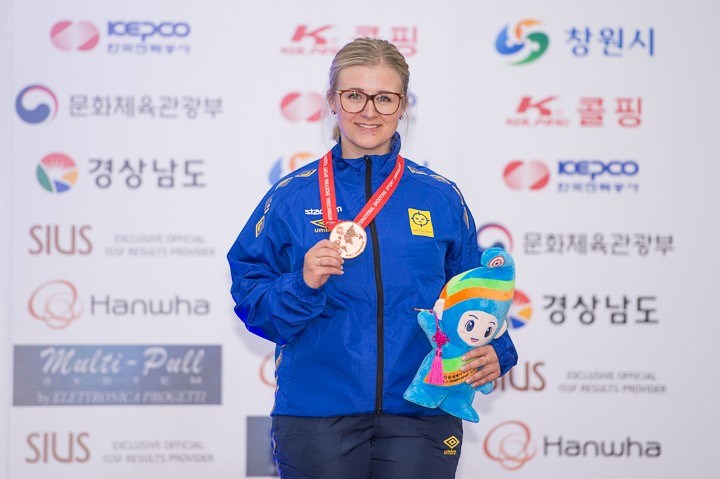 - What has been your recipe for success?
– I always say that the only one I can affect is myself and as long as I feel like I've done and given everything I have, I will be satisfied and proud over my performance. I can only perform my best at the competitions. If I do my best and there still is three or ten other shooters that's better than me, I've still done everything I could. I can't be disappointed over that.

Elin explains that she always used to put too much pressure on herself during competitions. Something that's been troublesome from time to time.
– My first year as a senior was a very tough one. I shot really well on smaller competitions, but on bigger competitions when it was more at stake, I shot really bad.

A new world of shooting

During that tough season she was a part a group for young shooters that NORMA had put together and that eventually gave them the possibility to participate at European Cup competitions.
– It was an opportunity to shot alongside shooters that I followed and was inspired by so it was a huge deal for me. During that year of European Cup competitions, a whole new world of shooting opened up for me and somewhere there, it all turned.

She explains that she learned that the best way to get somewhere is to shoot for yourself.
– The only one who can, or should, put pressure on me is myself. When I started to think like that, a lot of weight dropped off my shoulders. I shoot because I enjoy the sport and because I want to. That was the key for me. 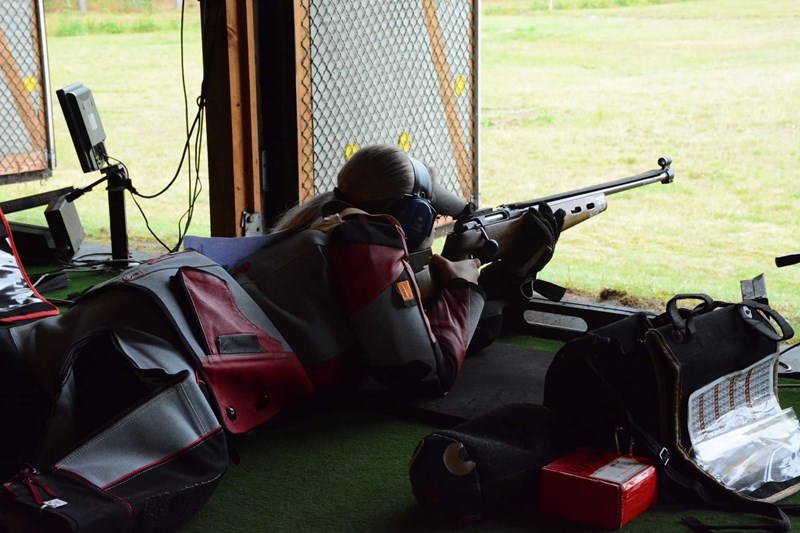 - You also adorn the SvD-medal, something that is considered a big honor. Can you describe what that means?
– The SvD-medal adorns every other year by a shooter and a coach/leader and 2020 I got the honor to adorn the medal. It was nothing I had thought about or expected so when I received the news, I was very surprised but of course very happy and honored. The motivation to why I was chosen was that I am an all-round shooter that combines multiple types of rifle shooting, and to be seen in that way is a great honor for me.

- Speaking of that, in other interviews you've said that we have a culture in Sweden that you can only be good at one thing, but you don’t agree with that. For example, you prefer to combine short range and rifle 300m right?
– Correct. I don't believe that you must specialize in one field to become the best. I started with the national side of shooting, mainly 300 m, and that was where I laid the foundation for the shooter I am today. The international part (both 300 m and short range), which I started with later, complemented my previous skills and made me a better shooter. I strongly believe that I wouldn't be the shooter I am today if it wasn't for all the different parts, they complete me. Therefor I think it's a shame when shooters feel they need to specialize at a young age. I believe that as long as you enjoy several different fields, you will develop from them and benefit in the long run. So no, don't be afraid to combine the rifle shootings different fields. You can do anything you want to.

Elin Åhlins three best tips on how to become a better rifle shooter:

As mentioned previously, Elin used put too high pressure on herself. Especially during big competitions at the beginning of her career. After a while she learned the tools to be able to succeed even when it mattered the most. These are her three best tips on how you can improve your rifle shooting:

We at NORMA have developed a full range of shooting bullets and components specifically for precision shooting. With NORMA Diamond Line you get unmatched accuracy and perfect muzzle velocity at various distances - on and off the range.