My journey to 6mm NORMA BR

Before I start explaining why I chose a 6mm caliber, I thought I would tell the story of how I got into the sport and my background in shooting. When I started with long-range shooting, almost everyone I met had a background within field shooting or the military. I had the latter, a background in the military. I have worked both nationally and internationally, have shot everything you can carry with you and have during the last years found an interest in the ability to have effect on long distances.

When I stopped working in the military full time and switched to part time, my shooting practice automatically decreased and in connection to that, my interest in practicing on my free time increased. I have no one in my closest family that hunts, only friends and after a lot of forth and back, a friend convinced me to get my hunting license. As many others I’ve been in contact with within the sport, I felt a need to get comfortable in firing shots on longer distances – and that’s how it all started. 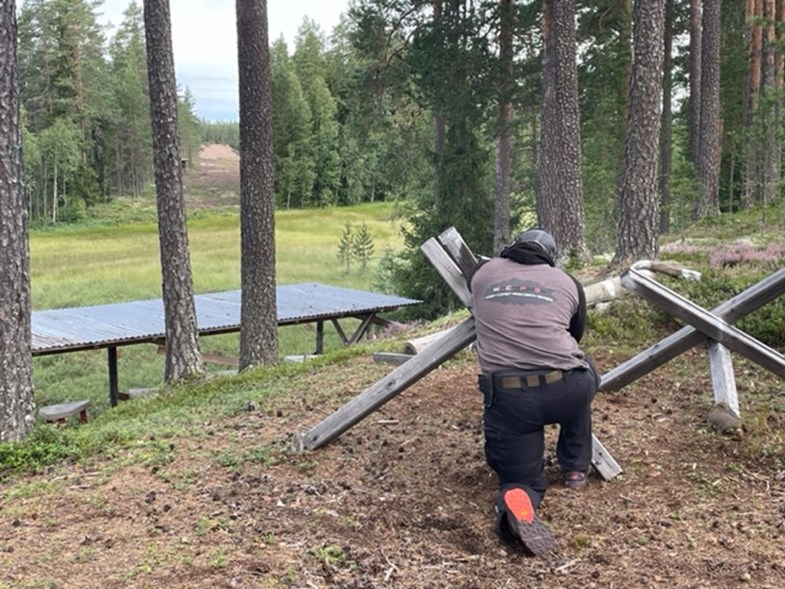 The need of a weapon build suited for shooting

A while after I got my license, I realized that it was pretty much impossible to have one rifle that worked for both the hunting I was exercising and long-rang shooting. Therefore, I decided to keep my .308 Winchester for hunting and get myself a new weapon in caliber 6,5mm for shooting. I landed in a 6,5 Creedmoor, which I still have today and think is an amazing caliber.

I competed with my 6,5 Creedmoor for almost 3 years at every distance possible between 100-2023 meters. The average distance at the games lies close to 600m, which got me thinking of my choice of caliber, and more specifically effect vs recoil. Most of the shooting positions in rifle precision shooting is from some sort of barricade or natural obstacle, which means that you want as good effect as possible without too much recoil to be able to stay at your target with your scope and observe your shot. After following the development in USA, I noticed how more and more shooters switched their 6,5mm calibers to 6mm calibers. It didn’t take long before you could see that this was a successful concept in long-rang shooting as well. In addition, bench shooters have been using 6mm calibers, especially 6mm BR, since forever with very good results. These observed successes, along with my thoughts of less recoil, triggered the winner in me so I decided that a caliber switch was do for me as well. 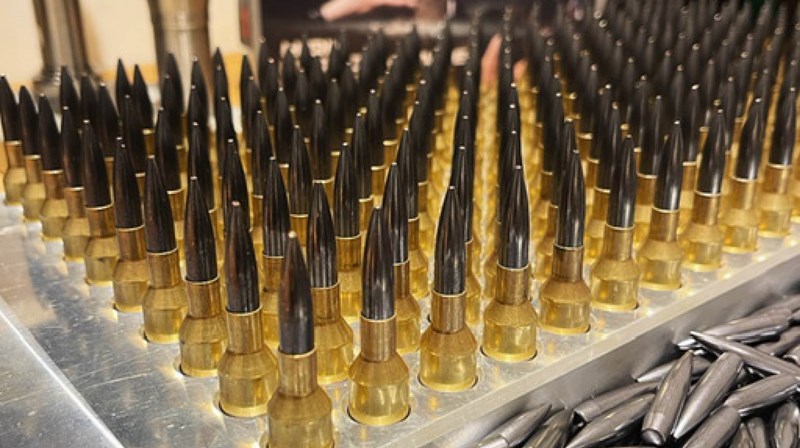 The importance of availability

There are a crazy number of calibers to choose from in 6mm but one factor that’s always been important to me, is that it must be easy to get hold of components and there should be good factory loaded ammunition available wherever I am in the world. After talking to other shooters, in both Sweden and abroad, who were early with the 6mm caliber, the choice fell on 6mm NORMA BR. The reasons for my choice are simple – it’s easy to generate loads for, easy to find components for and has long been proven. What NORMA BR doesn’t have, compared to for example 6mm XC or Dasher, is speed. But for me personally, an optimal load for precision rifle is around 820-830m/s and the 6mm NORMA BR thrives there, at least mine does.

Once I had decided on the caliber, it was time to choose bullets on the exact same grounds as the caliber – easily accessible and well proven. I quickly decided to go for molly coated NORMA Diamond Line. There are only advantages with molly coated bullets in my opinion. The coating allows you to fire more shots before you need to clean your barrel and they doesn’t wear down your barrel as much.

When I had chosen caliber and bullet, I needed to find a gunsmith to order the whole build. I contacted Fabian Wallin, who runs F.W Precision, ordered the whole build and then waited for delivery. For bolt, I ordered an Impact Precision 737R, which is an R700 clone, together with a Bartlein GT 26” Heavy Varmint barrel 1:7,5-7. This was bedded down into a Foundation Centurion stock and topped with a Zero Compromise Optic 5-27.

My tips for new long-range shooters

If I would give recommendations to someone who wants to start shooting precision rifle or long-range, my first tip would be to look at a Tikka Varmint in caliber 6,5x55 if you don’t hand load, alternative a 6,5 Creedmoor if you do hand load. 6,5x55 is probably the most common caliber to start with, performs really well and is easy to find good ammunition and loads to. If you later, after you’ve finished off one barrel, feel like you really enjoy the sport, I think you should consider changing to a 6mm caliber to keep evolving as a shooter.

At this moment, I’m back from my first competition with my 6mm NORMA BR and I brought home a win. Of course, I must admit that the caliber switch from 6,5mm to 6mm gave one or two points. 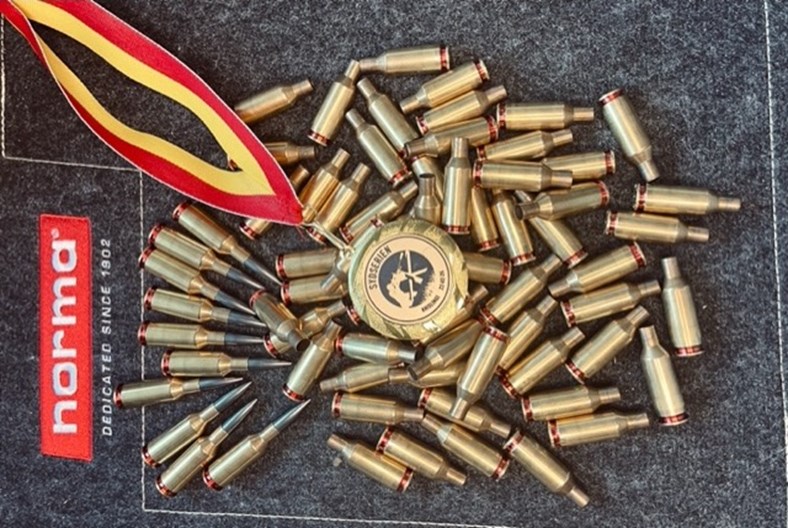 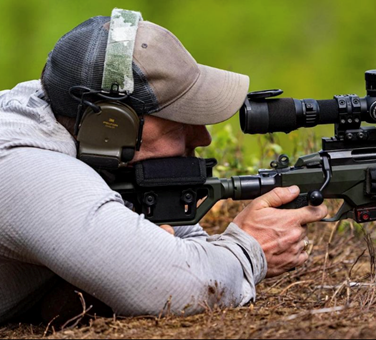 • Dont compare yourself to others, perform as well as YOU can.
• Eat and drink often during competition. Good nutrition – not sugar.
• Practice your mental strength. Shooting is about the ability to focus and perform under pressure.

Successful Elin Åhlin, aka Shooting Queen, aka Swedens by far best female rifle shooter, has a well established tactic before this years championships. We met Elin for an interview where she shared her story, her success and ends with three tips on how to become a better rifle shooter. Read the article here!