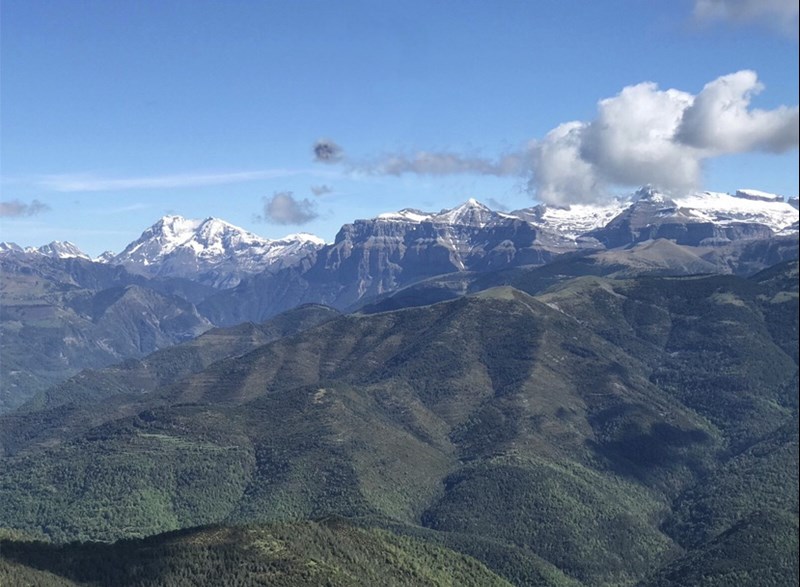 The specie and location

The Pyrenean Chamois (Rupicapra Pyrenaica Pyrenaica) is one the subspecies of Chamois in the world belonging to the ¨capra¨ family. This one inhabits specifically in the Pyrenees Mountains, which are composed in the north of Spain and south of France. It is very important to differentiate between each subspecies of this animal, since each one has its personal identifying signs, which differentiate it from each other. In this subspecies, the most significant difference is its marked coat color, alternating a blackish tone with a more beige one. An adult male weighs around 35 to 50 kg. The habitat of this animal is between 1500 and 2500 meters, reaching in summer around 3000 in our latitudes and logically descending to the lowest levels in the cold season. It is an exclusively herbivorous animal. Their best sense is the sight, and that is why they are mostly in the highest rocks and peaks of the mountain, dominating with their splendid sight. 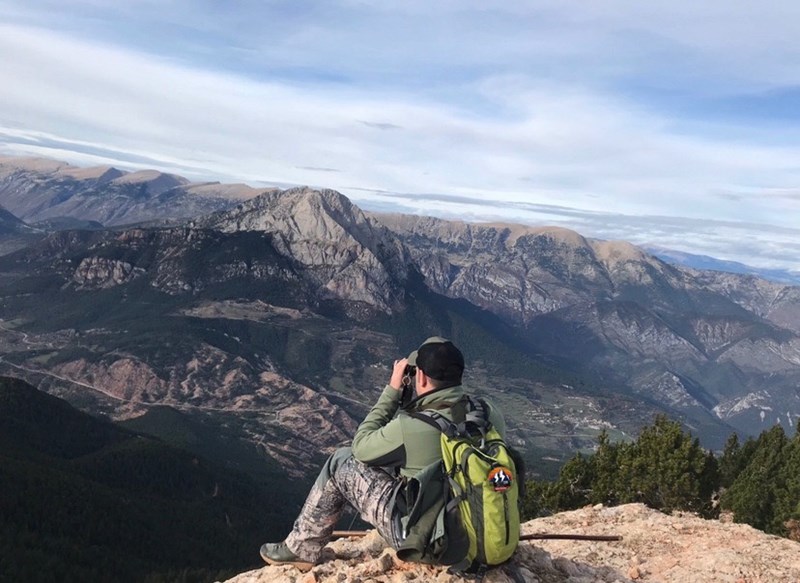 The way to access to any hunting permit for this Chamois is through state auctions or contacting a local outfitter directly and buying a permit. The areas for the hunt are located in the Pyrenees of Huesca and Cataluña in Spain, and in the French side. If you want to hunt in the Spanish side, there are 2 options;

• Flying to Barcelona and taking a 2 hrs drive to the hunting area in Cataluña.

• Flying to Barcelona or Madrid, and driving to Huesca, which is 4 hrs drive. But there is also the option of taking an AVE train to Huesca from Madrid and then 1:30hr drive to the hunting area.

There is a big density of these animals in these areas, so the possibilities of choosing a nice and old trophy are high enough to harvest one. We suggest being in a good physical condition, because most of the hunt is done by walk, spending many hours hiking the different peaks where the animals are seen. As every mountain hunt, the stalking made are defined with a very good strategy to try and get as close as we can to the animal, but being most of the times a mid-long range shot (between 200-400m). The recommended stay for the hunt is a minimum of 2 days, being possible to harvest the animal in a couple of days. But as you may know, weather in the mountains is very changeful, so we never know what can happen with the conditions, and because of that, it’s always better to have a minimum of 2-3 days just in case any unforeseen appears. The accommodation is in local hotels in the area, with very good attentions, comfortable rooms, and with the great and known Spanish gastronomy to enjoy after a hard hunting day! 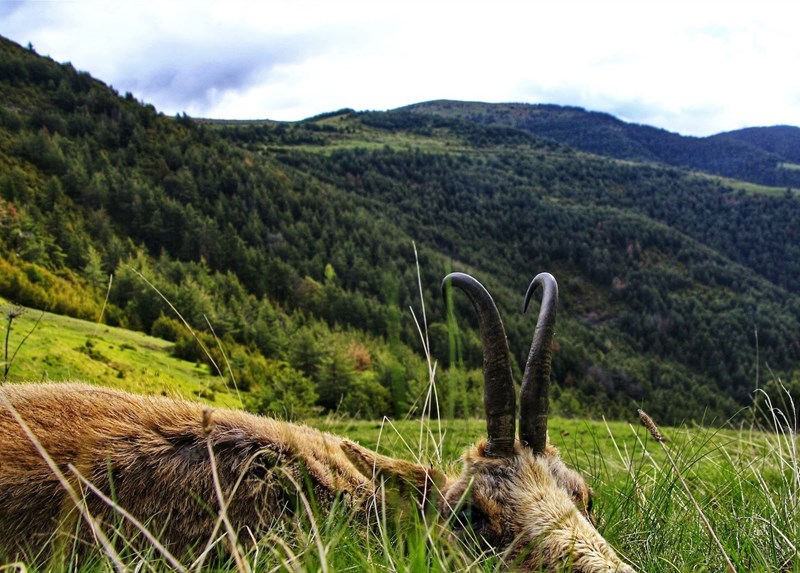 The caliber and ammo

The caliber we normally use is the 270 WM with 120gr, and the Norma Kalahari ammo. Kalahari has been our chosen ammunition that we've been using over the past years and which is for us one of the best bullets the brand has manufactured.

It's a copper bullet of superior quality destined to the hunter for which only the best is worth in terms of both precision and performance at the time of depressing the prey. The bullet is designed to offer a rapid, although moderate, expansion to achieve the effect of quickly killing the prey and, at the same time, obtaining a high weight retention to offer a good penetration. The final performance obtained when folding the piece is similar to the Vulkan, and its degree of penetration is slightly higher than that of the Oryx. Its unique design and the relatively lightweight of the bullet makes the Kalahari the flattest flight ammunition on the market, achieving up to 300 meters of range in their respective calibers. This is probably what makes it as one of the best calibers for the Chamois hunt, due to the shots that we are exposed to do, having to take a shot normally from 200 meters onwards. 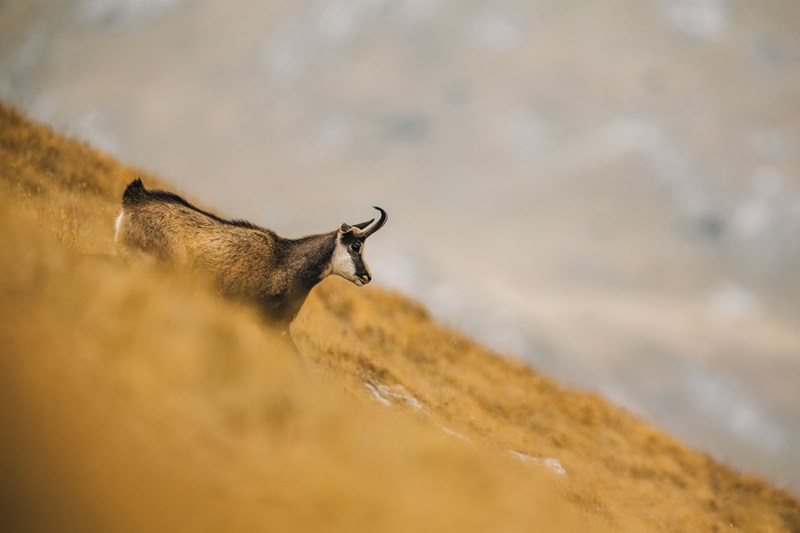 The reasons of why we have been using this bullet for so long are the ones exposed in ¨caliber and ammo¨. It has have given us such a great result in every of our mountain hunts worldwide. But now the new Tipstrike and Bondstrike released are probably the exact substitutes for the Kalahari, and from our point of view even having a better performance, as it has a better final impact of penetration and a longer flight despite both carry a bit more grains.

For us, these two ammos are probably the best ones of the brand to be chosen for any mountain hunt, having a good grouping shoot between 100-400 meters. Also having a very good flight trajectory with very little fall in long distance, and an excellent final impact energy.