During the spring hunt, horn-bearing roebucks can be shot, and many hunters appreciate the hunting form and its framing with polyphonic birdsong in the clearing of greenery. It's a great time to be out and you get a nature experience beyond the ordinary, and it's the nice form of hunting to invite a prospective or new hunters to participate.

Hunting roe deer in the spring gives the hunter the opportunity to do good for better game management. During this period, before the rut, you should save the mature roe deer with the best traits, while you can instead choose to shoot a roe deer with the weaker traits.

A common question that comes up before buck hunting during the spring season is; is it possible to call the roe bucks, like during the rut?
The buck will not come running like it does during the rut, but you should definitely try calling, mainly with contact sounds. But distress calls can often also be effective, during all year round, not least if you have a buck nearby that holds its territory. 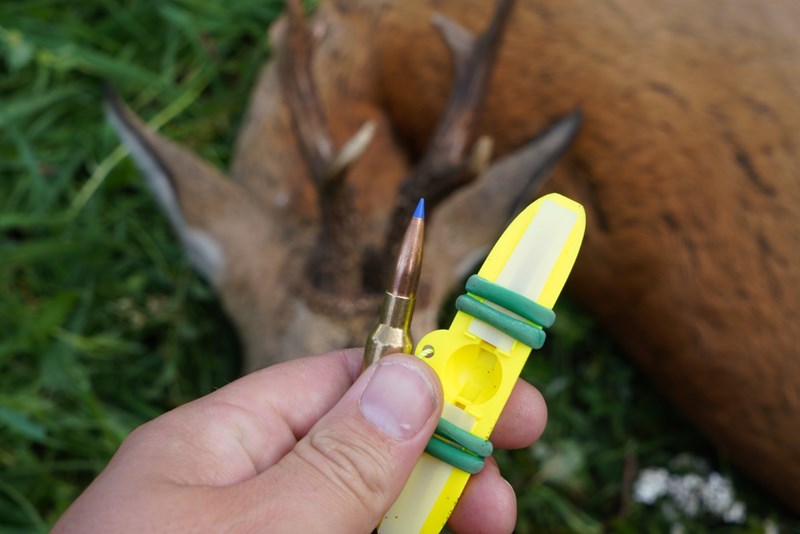 For hunting roedeer, we recommend a hunting bullet that gives its greatest effect not too deep into the animal, given the deer's small size. In this segment you will find the new lead-free EVOSTRIKE, but also lead-core ammunition such as TIPSTRIKE, BONDSTRIKE, Vulkan and Softpoint. For those of you who hunt with Oryx or ECOSTRIKE, this is also a safe and good alternative, but keep in mind that it gives its maximum energy delivery deeper than previously mentioned, and may not give the same knock-down effect.