Almost exactly a year ago, I received a call where they told me that I had qualified to represent Sweden at the World Championship in France 2022. I compete in the MIL/LEO class, which is for the military and police officers. The phone call became the beginning of my most serious competitive venture ever, I ordered a custom rifle, signed up for pretty much every competition that existed in Sweden, and Saturdays became a traditional day to spend at the local shooting range.

Time passed quickly, incredibly quickly. Just before summer, I had managed to enter almost all competitions there were, and being away for eight weekends in a row left its mark. However, my family and I were prepared for this and the time it would take. And we knew that the experience you get from going to matches cannot be simulated at your local shooting range.

I made a promise to myself that before the World Cup, I would be in good time with loading all the ammunition, verify, pack and prepare, which I also managed for once. A week before we were supposed to go, everything was ready and I could focus on preparing myself mentally to compete. 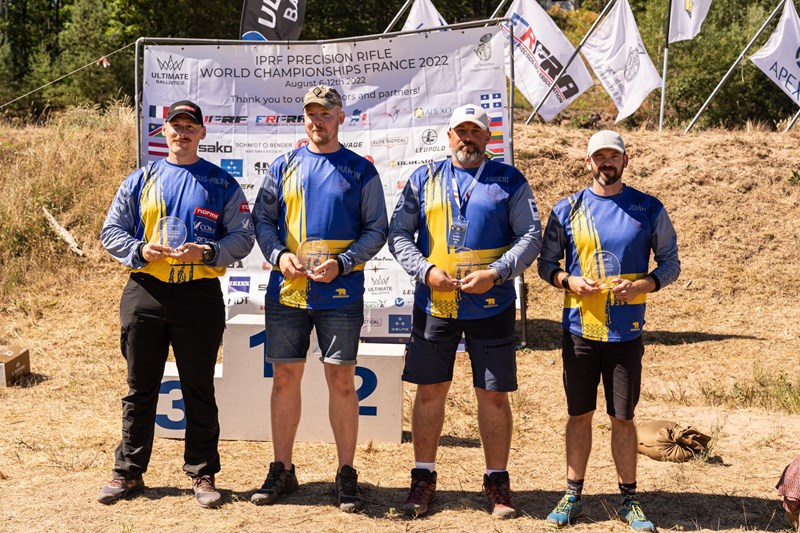 The road to become a World Champion

The day finally came and my friend Marcus Olsson and I started the journey towards the World Cup. For the sake of simplicity, we drove down to France and landed in the French village of Bitche on the Friday. The temperature was 36 degrees; it was noticeable for us northerners. The world cup started on the Saturday with registration and checking of weapons, the Sunday was for sighting in the weapons and we also had the opportunity to study the different barricades. Look but do not touch.

My class together with factory, limited and senior shot on Monday and Wednesday, and ladies and the open class shot on Tuesday and Thursday. The groups consisted of mixtures from all different countries and classes, in total there were twelve shooters in my group. The atmosphere was lovely and everyone was very helpful and happy to learn from each other.

When the first day was over, I ended up in second place, eleven points behind the Englishman Jack Crawford. That is many points in a sport like this and I wasn’t happy with my performance even though the result was good. I knew that I could deliver better so now I had to get full focus for the next shooting day. On Tuesday when the ladies shot their first open day the focus for me was on recovery and fluid intake, the temperature was between 30-32 degrees every competition day and we were out in the middle of a sandy field with only a few tents as primary shade. I drank a total of eight liters of water that day with various different fluid replacements.

The Wednesday came and the field was prepared with the new stations for Day 2’s shooting. Already in the morning, I felt that my focus was at its best, I was in my bubble, this day was about catching up and passing. The competition went slowly but surely and I made up for all the points that I had lost the first day. Before the last station, the Englishman and I were on the same score. Now was the point where it would be decided who would win and who would be on the second place, the 3rd and 4th place were 10 points behind us.

It was a final that contained all the excitement that you could want. It was all about the last shot at the last station on the last day. The Englishman made one mistake too many and thanks to that, I managed to win by 1 point.

The time between the shot and the time when I could see the hit in the optics and hear the official call that it was a hit, has probably never felt as long as when a world championship is at stake. It was a completely magical feeling to finally hear the words called out and hear everyone start applauding behind me. I had barely gotten up on my feet before Marcus, almost dead from the excitement, ran in and lifted me up with joy. It’s a memory that I won’t forget, I became the world champion. 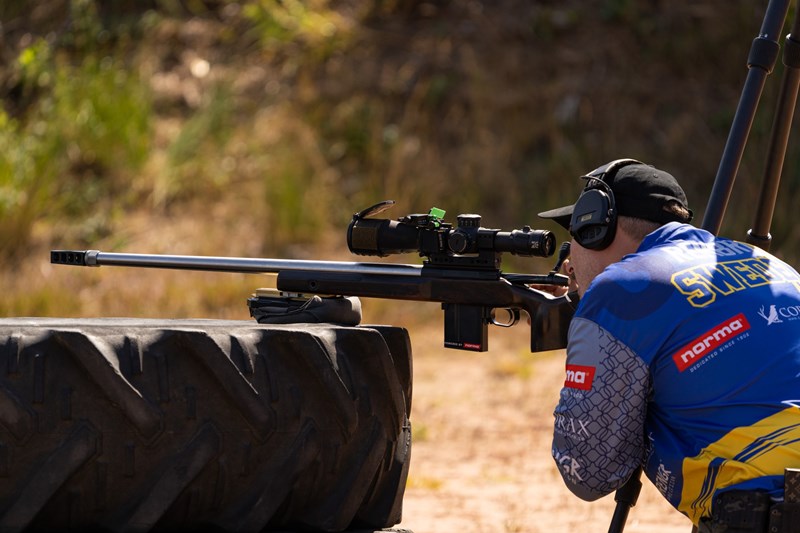 The barricades and stations we shot were very good, the goal size was generally smaller than we are used to in Swedish competitions, but it was also a World Cup so I expected smaller goals. It was incredibly well balanced and it didn't matter that much if you shot on a station with longer or shorter distances in certain wind conditions, all were affected equally by the wind.

The Friday started with a shoot-off for the top 10 in each class who were in split places, and then it ended with a long awards ceremony. In the World Cup, you compete both as individuals and as a team, Sweden took home team medals in all the classes we competed in and in the team, there were a total of six medals: five team medals and my individual medal. I would like to say that Sweden is the best nation after the USA when it comes to shooters, which shows that we are heading in the right direction! 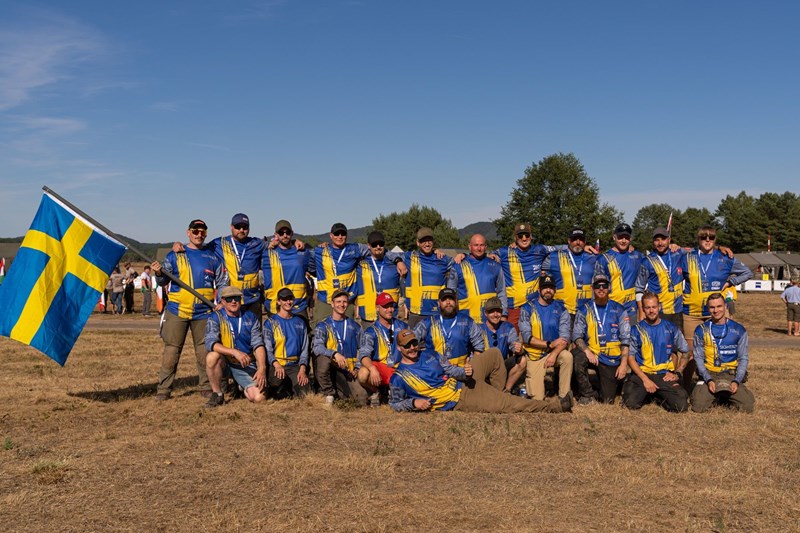 Cooperation between the nations

Consistent for all days was that there was an incredibly nice atmosphere where all nations talked to each other. Water and food were offered between the nations and one day the Norwegians bought ice cream for almost everyone, which resulted in both the Englishmen and the Swedes doing the same thing the coming days. All nations realized that this was the start of a limitless collaboration to make the sport grow even more and to open up for traveling around to compete. This is the start of something very big for the sport. 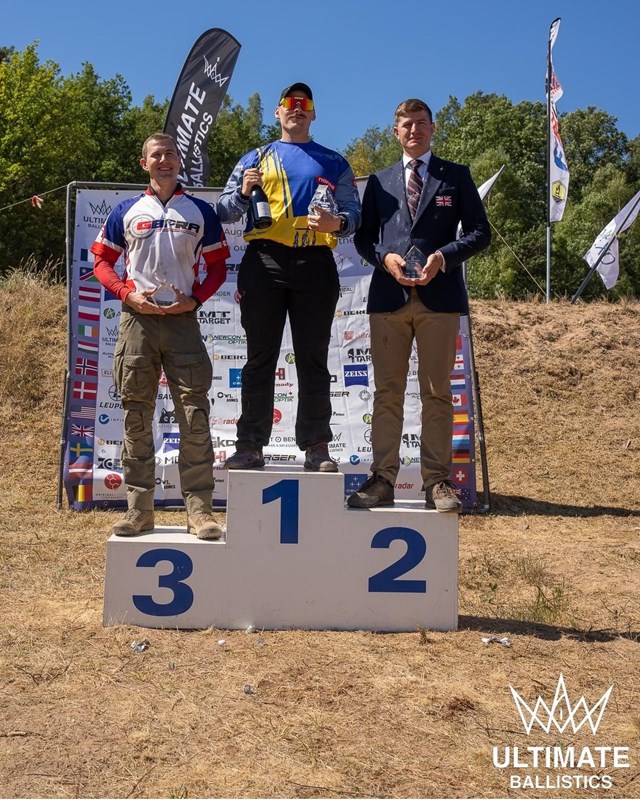 This is where I will try to sum up half a year's training and a World Cup into a few concrete sentences. Because it is not a magic formula that is the solution, but rather two words: experience and routine.

After studying and talking to the Americans who are in the world elite in this sport, I quickly realized that it’s not the equipment that separates us, it is experience and routine. In Sweden, we have around five big competitions per year and a dozen of club matches, in the USA, you have the opportunity to attend a competition almost every weekend if you wish, and many of the competitions are two days long. This means that the top shooters in the USA, who of course have to invest a lot of time and money, can create incredible conditions for themselves in terms of routine and experience. Everyone can be good on their home track, but being able to master different environments, winds and temperatures, means that you end up at the top, no matter where in the world you compete.

Now it might sound like I'm complaining about our lack of competitions in Sweden, so let’s go back to the atmosphere during the World Cup between the nations, where contacts were made all over the world and new opportunities for competitions were opened up. This is exactly what the sport needs, and I have already started thinking about going to competitions in Europe in 2023.

Personally, I can really see that all the competitions I went to this year have given me routine and experiences that would otherwise have been impossible to get by just practicing on a shooting range at home. But if there is something that we can get better at in Sweden, it is to offer two-day competitions: it further challenges the shooters to keep it together mentally even on day two. My recommendation, and as I mentioned before, is that regardless of if you are a beginner or already competing and want to learn more - go to as many competitions as you can.

Now we will reload and set our sights on the World Cup in South Africa 2024. 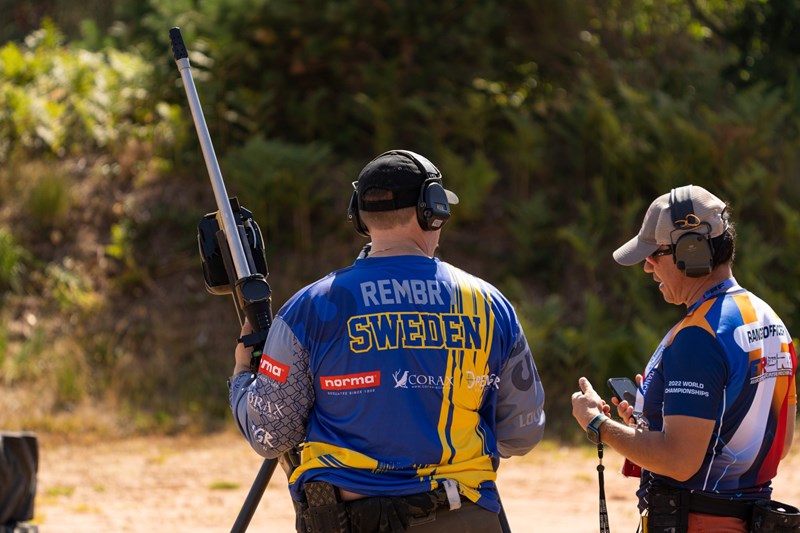