Therese Lundqvist about her Olympic experience

Skeet is one of three Olympic clay shooting disciplines and, in brief terms, is about shooting 25 clays divided over eight stations laid out in a crescent shape. In 2011, she set off for Sydney to shoot on the same range where Pia Hansen had shot her way to Olympic gold in 2000.

‘Pia was also the reason why I wanted to give it a go,’ she says.
As it was also the year before the London Olympics, there were also quota places to compete for.

‘With this team, no-one was expecting me to shoot my way to a quota place for Sweden, but I succeeded. And later that year I received the news that I would be representing Sweden at the Olympics in London.’

How would you describe that experience?

‘Being at an Olympic Games is an intense thing, and shooting at one is unbeatable,’ Therese explains.

And she gave a good account of herself, too, on the Olympic stage.

‘I was within touching distance of shooting in an Olympic final, but after a shoot-off for the final place it was clear that the Italian, Chiara Cainero, was that bit stronger,’ she says.
‘However, I’m happy with my performance and had a huge amount of fun during that trip,’ adds Therese, whose participation ended with seventh place.

Still in the sport of shooting

Although she called time on her own career three years ago, shooting is still a major part of her life. Immediately following the end of her active career, she became the chair of the clay sports section (one of four sections of the Swedish Shooting Sport Federation). Since November 2021, she has also been employed as the manager of the Swedish Olympic clay pigeon team, as well as the sports director.
‘Earlier this year, I also became a mum, so there won’t be much shooting for the time being. But, as I said, I am still deeply involved in the sport.’

What do the new roles involve?
‘The roles involve me managing and developing shooting and those practising the sport in Sweden at elite level. The goal is to increase our participation in the Olympics in all shooting disciplines. As national team manager, I’ll be travelling with the clay sports shooters, and as sports director I’ll be acting as support for the other national team managers in rifle and pistol shooting.’

How are things going for our active shooters?
‘Qualification for the Olympics has just started, and Sweden has already taken two quota places, so things are going well for the up-and-coming Swedish shooters and I’m looking forward to the coming season and more opportunities to secure more places.’ 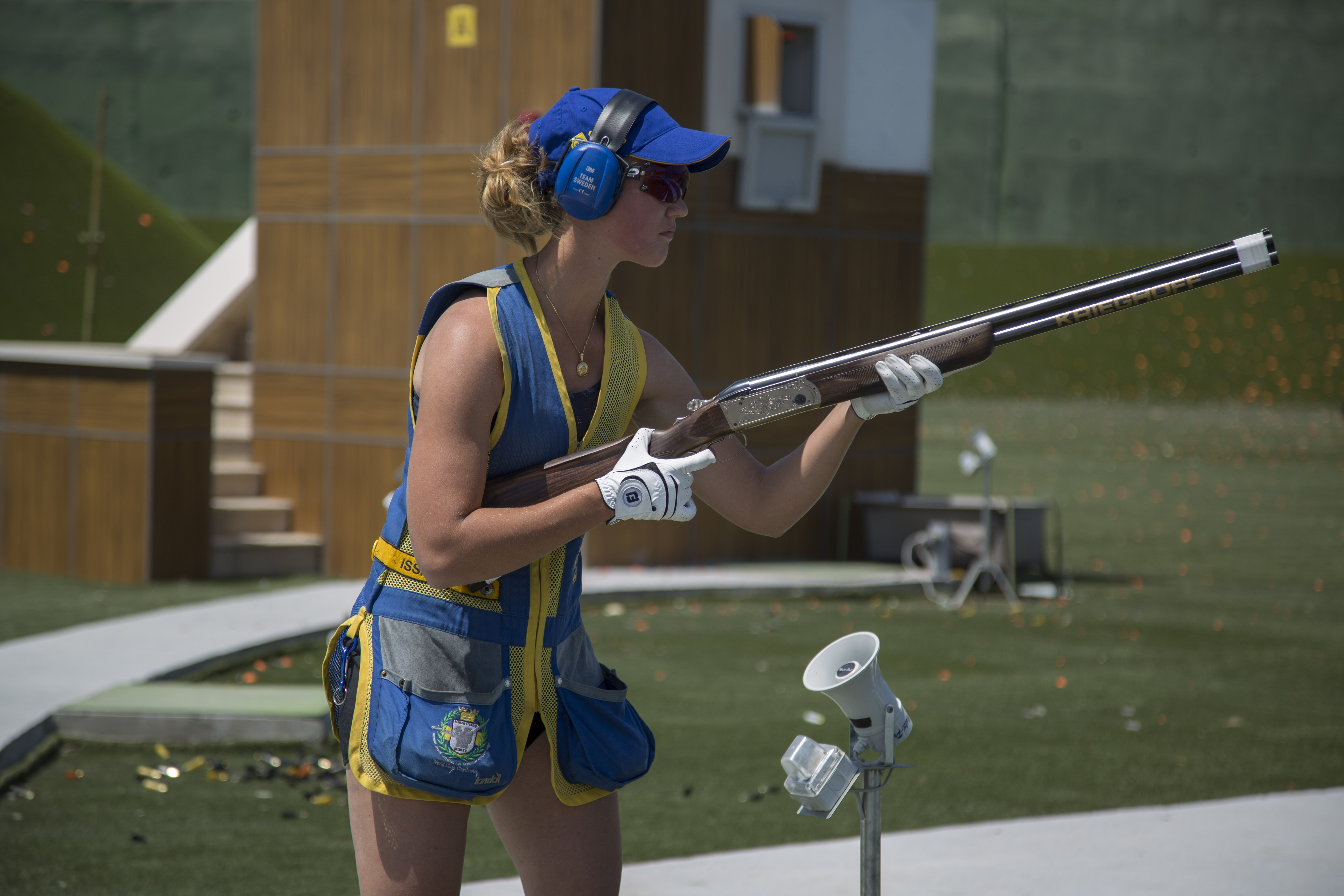 Having a dog kicked off an interest in hunting

Therese’s interest in hunting kicked off in earnest when she gained her hunting licence at the age of 15 and has intensified further since she acquired a four-legged companion.
‘Previously I wasn’t massively interested in hunting, but then I got a Welsh springer spaniel called Alice – and then my interest also grew in hunting birds.’

She describes how she and Alice started early by hunting pheasant, mainly to see whether Alice had any interest in birds and to find out how she reacted in a hunting situation. However, she had her rifle with her.
‘I had the opportunity to shoot a pheasant, which plummeted almost straight down. Alice then had a struggle to lift the pheasant, which was almost the same size as she was.’
Since then, they have both worked hard on retrieving, something that comes in handy not least for Therese, who is a lover of game meat.
‘I think good meat is important, and in my opinion game meat is the best. Now that I will, I hope, be adding a bit of fowl to the freezer, I look forward to testing some new recipes!’

Before we part company, Therese shares with us five tips on how to develop as a shooter.
1. Practice dry presentations! I know it’s deadly boring, but by lifting the gun for five minutes each day the presentations will stay in your spine for the rest of your life! Start with short, slow lifts so that the body understands what it needs to do. You can then increase the challenge by gradually lowering the butt and lifting a little faster.
2. Get your body in balance! Don’t make it harder than it is. Stand straight up and down as if drinking a cup of coffee.
3. Start by shooting at incoming clays, ideally incoming ones. Your body and eyes need time to understand what they need to do and what things need to look like in order for you to hit the target.
4. Shoot different types of clays – skeet, trap, sporting – in order to improve your hand-eye coordination.
5. Find someone, or several people, who will make going on the range more fun. It’s not as much fun standing there struggling on your own.