To compete is the best training

I have received a lot of questions lately regarding how I train before the World Cup in Precision Rifle. Many people expect me to have a schedule of various different exercises, similar to something that you could see in a gym, but the secret is simpler than that: I train by competing.

Of course, I have spent an enormous amount of time on my home court. Here I have structured my training on which barricades I need to practice under different conditions, such as time and the size of the target. This has given me a good basis and platform to continue to develop from, but the things that has made me reach the podium is by going to as many competitions as finances, family and time have allowed.

Another very important factor is that the club I shoot at, Trollhättans Skarpskytteförening, has an open and friendly atmosphere where everyone helps each other to develop and we challenge each other in a positive way. We compete against each other but we all wants to win when we are shooting the best, not on the premises that someone else had a bad day. 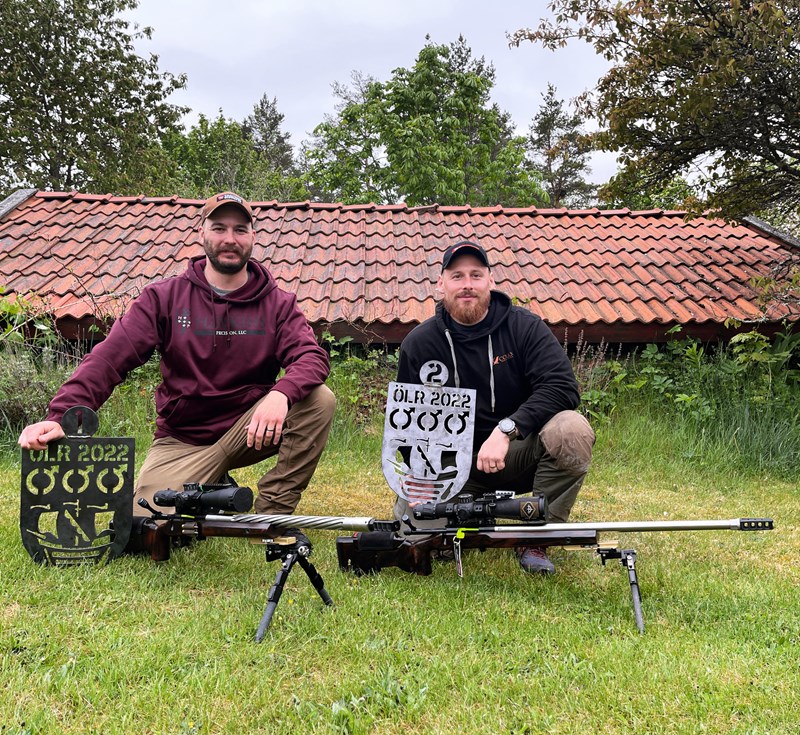 Trust your equipment and keep it simple

I used to be an expert in believing that the grass was greener on the other side and have probably tested all equipment that can be tested in the sport, but this year I decided to not change any equipment during the competition season. And I have never performed this good as I do now when I use the least things. A good rifle with good optics, a barricade / shooting bag and a load that I can trust 100%.

I shoot with a custom build that the gunsmith Fabian Wallin, F.W Precision, has built consisting an Impact precision bolt, Bartlein 28” barrel in 6mm Norma BR, Foundation Centurion piston, Trigger Tech Diamond trigger and a Zero Compromise 5-27x56 sight with a Spuhr mount. With this I shoot NORMAs 105gr Diamond Line bullet, which I had the privilege of verifying out to 1040 meters at the beginning of the season. And then when competing to 1400 meters with very good results, 8 of 12 hits. Being able to know for sure that the load you shoot performs exactly as you want to, is a good boost for the self-confidence. If I should miss a target I know for sure that it hasn’t to do with the load, but rather with myself or the wind. It makes it easier to make a decision that hopefully results in a hit on the next shot. 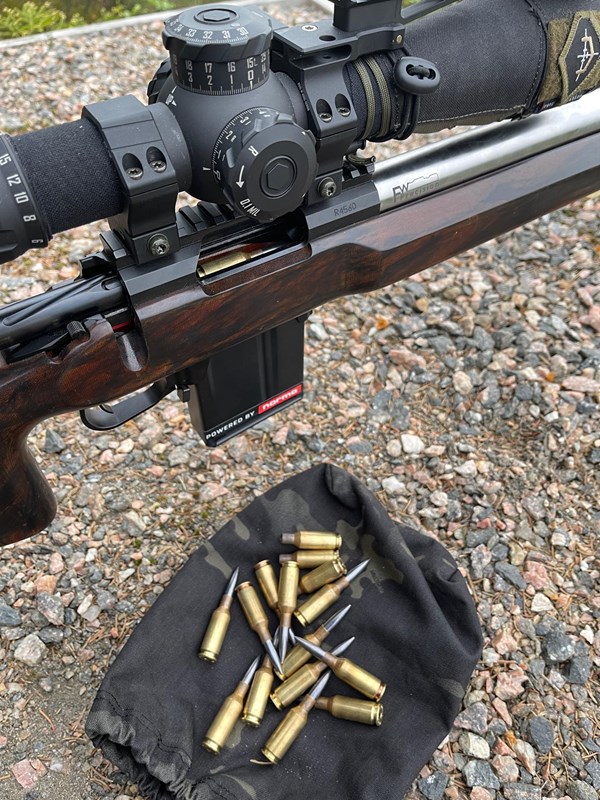 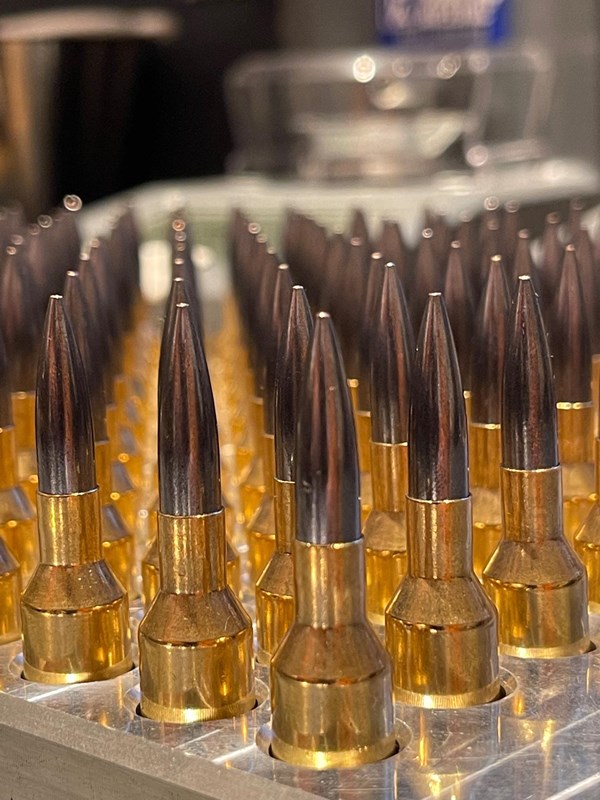 Your weaknesses will show under pressure

I would like to say that a smaller competition on your club is similar to at least 20 trainings on the court and a bigger competition will be similar to 50 trainings on the court. It may sound like a lot, but it is not possible to simulate the stress, wind and focus that a major competition can offer. Most shooting ranges available in Sweden are between 100-600 m, normally 300 m, these are usually protected from wind or else it is very common that the wind comes from the same direction. If you go to a larger competition where you shoot from several different areas at different angles, you get to learn to control and read the wind, something that is usually impossible on a regular shooting range.

With that said, I do not in any way want to minimize a local club competition of, for example, 300 meters because it challenges you in the other two factors I talked about, stress and heart rate. Many people usually hesitate quite a long time before they attend their first competitions because you believe that you need to have a lot of equipment to participate. I would say that in all competitions I have participated you get an incredible amount of help and the other competitors will happily lend you their things if you ask. When you are on the competition, take advantage of every minute that you are there, ask the more experienced shooters for tips and tricks, why they use the equipment they do and if they can watch when you are shooting to help you find things that you can improve. The combination of all this means that a local club competition will be worth 20 trainings on the court alone, you do not have to reinvent the wheel and can immediately implement the knowledge you brought from the competition to the next competition/training.

Once you decided to start competing, set your expectations at a reasonable level. The first competition should only be about going there and having fun, and to complete the competition in a safe way. You will learn a lot by being humble and perceptive. 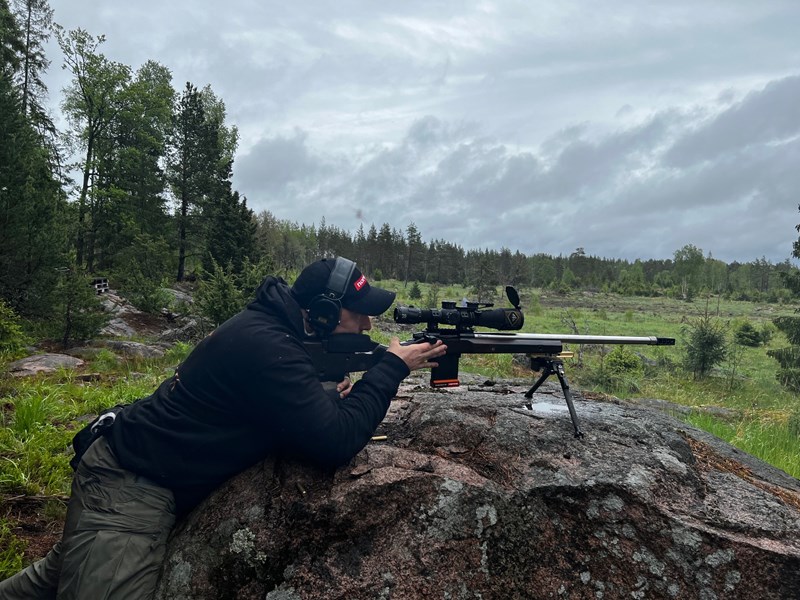 If you miss a shot, you still have the chance to hit the rest, as long as you stay focused

A part that many people don’t talk about is the mental training, being able to stay focused and perform under pressure for several hours is something that should not be underestimated. Before a competition and before a station I work with visualization. Before the competition, I visualize myself fulfill it successfully and that it will go well because this is something I love to do and something that I do often. Before a station, I visualize, for example, in what order I should shoot the different targets/barricades, how the wind is and in what pace I should shoot. Just before it’s my turn to shoot I say the things that I have visualized loud to myself.

The advantage of doing the mental training is that if something should go wrong, I will mentally be able to sort these thoughts out and focus forward on the next shot/station without being burdened by previous occurrences. There are many good books and podcasts to listen to if you are interested in delving into the subject.

I also keep a training and match diary where I write down where I shot, what distances, number of shots, target size, number of hits, a summary of the training and what I did well. If something went less well I do not write it down but I put it as an exercise for the next training instead. The reason why I don’t write it down is because I want to end the training/competition by highlighting the positive in it instead of writing what went badly. It becomes easy to get caught up in negative thought patterns then instead of lifting the good ones.

To sum up my training before the World Cup, I train by competing. At the time of writing this article, it is soon July and I have been on the court since April, only competed. A total of 6 competitions completed with 4 podium places (2nd place at the national championship) and 2 4th places, wich I am very happy with. 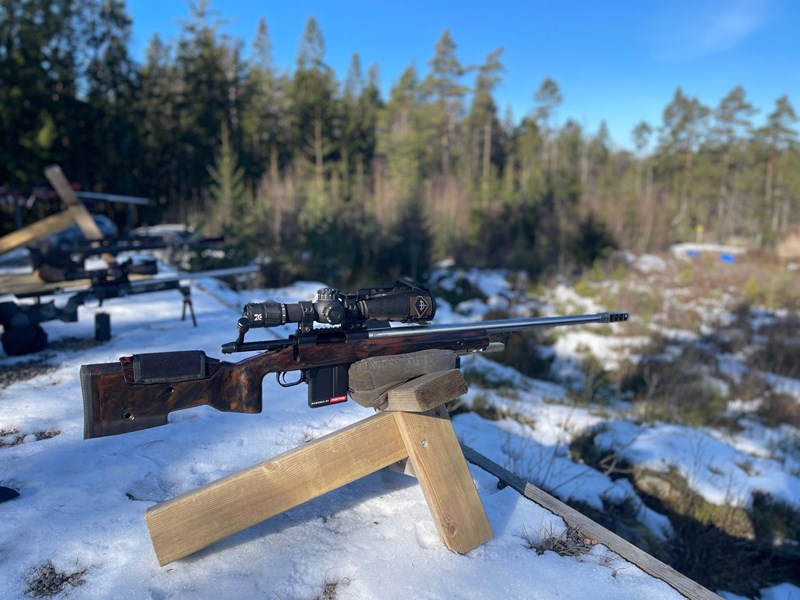 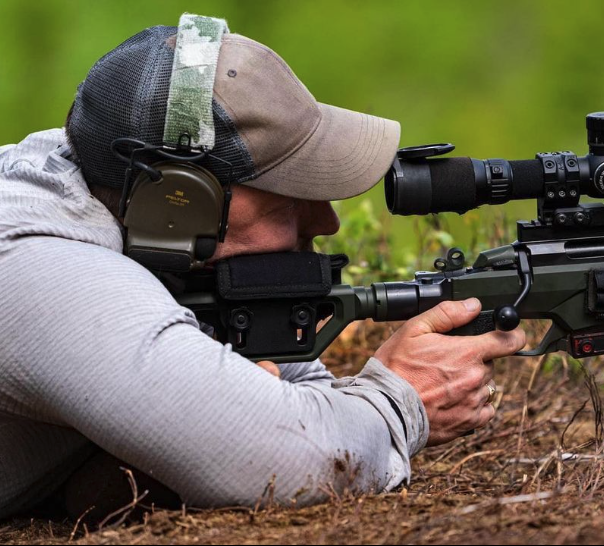 Louis-Philippes tips to a beginner to get started with PRS/Long Range Shooting:

My tips to get started are simple:
• Find a local club that is active in PRS/Long Distance Shooting
• Ask as much as you can before you buy a lot of things, do not make other peoples mistakes
• Take a course if you have the opportunity, then you will get the right basics from the beginning
• When you feel comfortable with the weapon safety required in a competition, start looking for local club competitions
• Make sure you have fun while shooting!