It seems fair to say that the .22 LR is the only relevant firearm ammunition that can be traced all the way from the 1800s to modern times. As early as 1857, the .22 Short cartridge is documented, then as the case for the very first Smith & Wesson Model 1 revolver, a gun that shortly thereafter received an incredible boost due to the Civil War in North America.

The caliber was introduced 30 years later by the J. Stevens Arm & Tool Company. The "22" in its name stands for the diameter of the bullet, which is 0.22 US inches or 5.6 millimeters, and the R stands for Rimfire. Rimfire means the firing pin strikes and crushes the base's rim to ignite the primer, which in turn means that the casing, instead of a separate primer that is pressed in place, has a small rim made during loading into which the primer has been molded into. When the firing pin of the weapon hits the edge of the case, a deformation occurs, whereby the fuse ignites and ignites the gunpowder.

The Steven Arms Company of Massachusetts made cartridge manufacturing eventually led to gun manufacturing. The creation of .22 LR compatible pistols and rifles was a tremendous success and today almost every major rifle manufacturer makes some form of .22 rifle. 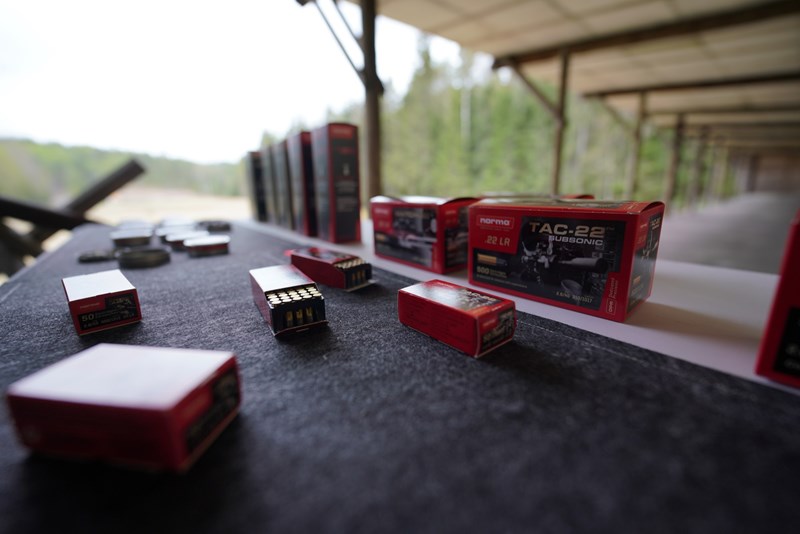 It is very popular as a sports and training shooting cartridge, not least thanks to the relatively low price and the low recoil. 22LR is used, for example, in biathlon and within the Swedish Home Guard's youth activities.

In the sports arena, the event known as biathlon involves cross-country skiing and target shooting over distances where participants use a .22 LR with straight repetition at all levels of competition, including the Winter Olympics. The reasons why the rifle is the best weapon are threefold: it is reliable in extreme weather, light enough to carry fully loaded in a long-range competition, and easy to fire in both standing and prone positions. 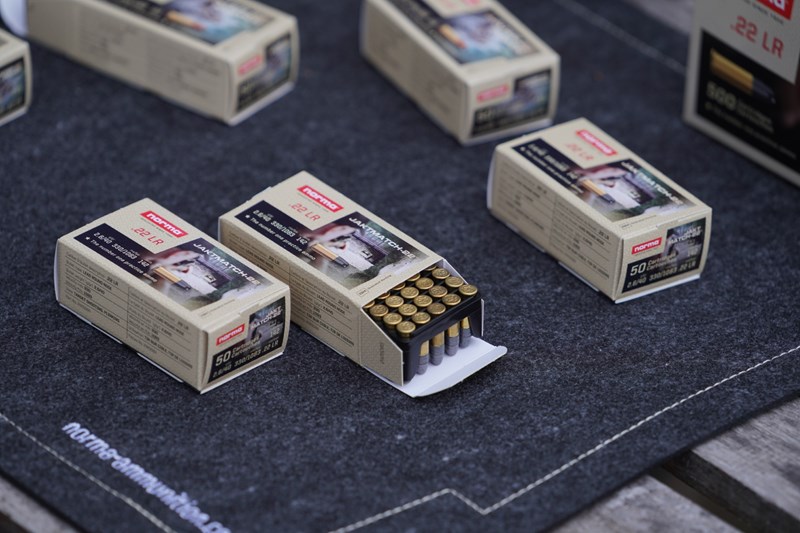 The .22 Long Rifle is the most common ammunition in the national shooting disciplines, and is used for, among other things, biathlon, pistol, range and field shooting. For sport shooting, unjacketed ammunition is used for maximum flattening on impact, while for hunting, copper or brass jacketed ammunition is often used for deeper penetration. In a hunting context, it belongs to “class 4” in Sweden, which means it can be used for hunting crows and other small game.