Norma Academy › Dedicated Hunting › New hunter › To become a huntress - post 4: How should I really be able to keep track of all the birds?
Hunting license

Blogpost 4: How should I really be able to keep track of all the birds?

Studying species knowledge can be both fun and incredibly frustrating. Sure, it is interesting to learn more about all the different species that we have in Sweden, but how should I really be able to keep track of all the birds? There are several birds that are similar to each other and all the females look quite the same for me. I have trotted out all the bird species over and over again but I still can’t sort them out, I mix them all up, and cannot distinguish between those that look similar, greylag goose, bean goose, greater white fronted goose, lesser white fronted goose for example. And the deers and boars, how should I really know if it’s a male or female, the age of the animal, when their estrous period is, when they give birth and when they lose their horns… 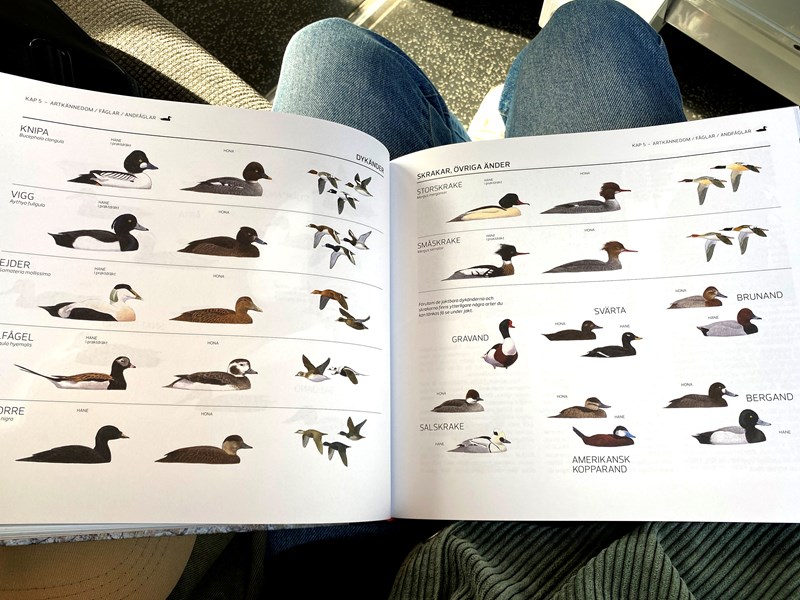 Me on the bus studying bird species.

As you may understand it was a bit confused and frustrated Sofia that Patric had to face over teams when we were going through the species knowledge together. I had given up a bit of hope of learning all the details and thought I would simply have to chance on the alternatives on the theory test. But after the lesson with Patric, I felt calmer and realized that I probably needed someone who went through the things together with me and that gave me tips that I did not know about myself. He showed me various small details/characteristics that you can look for regarding differentiate the birds, for example that the bean goose is much darker over the face and beak than the greylag goose. He also gave me tips about how to tell the difference between males and females and the age on the deers and boars, and that the fallow deer for example have a long black tail unlike the red deer and roe deer. Such details that I might not have thought of if I had not gotten the information from Patric. 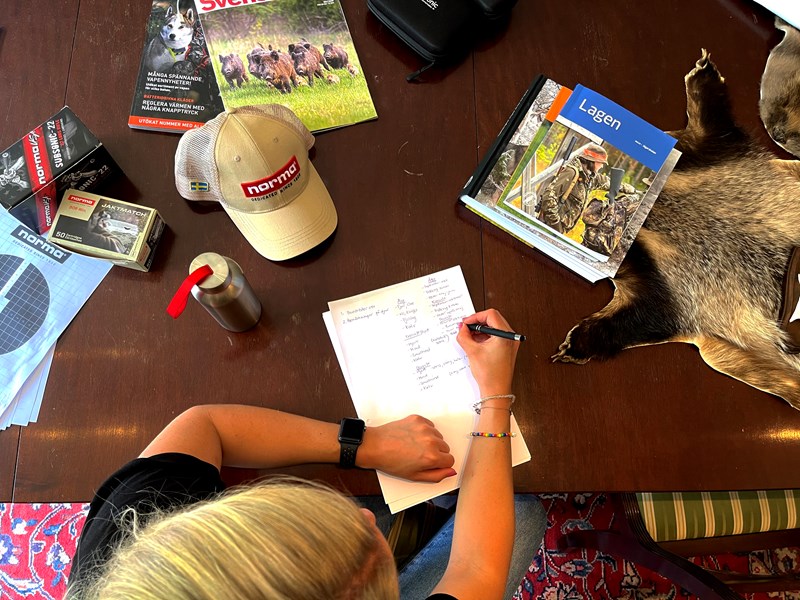 Me taking notes during a theory lesson with Patric.

For me, it has helped a lot to have someone to discuss the theory with. I have also been reading a lot more than I thought that I would need. I do not know if it is that I thought that the theory test would be easier or if it is because I myself want to feel secure about the theory test. I have always had a tendency that I would like to know every detail before tests, we will simply see how it goes when it is time for the test. By the way, did you know that mallard males are not always colorful but can also be brown-spotted just like the females during summer and autumn. This is what you learn when you study theory and species knowledge!

To become a huntress - post 1: Thoughts about taking a hunting license

In our series To become a huntress, you get to follow our Team Norma member Sofia on her way to become a new hunter. This is the first post in the series where Sofia is writing about the challenges to find the right course in the jungle about information.

To become a huntress - post 2: The day when the books arrived

In our series To become a huntress, you get to follow our Team Norma member Sofia on her way to become a new hunter. This is the second post in the series where Sofia has received her theory books before the upcoming theory test.

To become a huntress - post 3: What tests do you need to do to get an approved Hunting license? And a short presentation of the books in the Jägarskolan book package

In our series To become a huntress, you get to follow our Team Norma member Sofia on her way to become a new hunter. In the third blogpost Sofia is talking about what tests you need to do to get an approved hunting license and she is also presenting the books that she uses to study for the theory test.

To become a huntress - post 5: To master the practical shooting tests

In our series To become a huntress, you get to follow our Team Norma member Sofia on her way to become a new hunter. In the fifth blogpost Sofia is writing about her shooting practice ans her thoughts about it before the practical tests.