The technique is most effective during the peak of the rut in late October, but rattling usually works well during all of November and even now, very early in December. Researchs suggests that bucks responds better in the morning than later on during the day. Ideally on a cool and cloudy day.

Be aware of the wind direction

The wind direction is crucial when it comes to deer hunting. You must set up downwind to get great results when it comes to rattling bucks. You may increase your chances by adding scent. It can help cover human scent and the combination of using scents and lures to your rattling could be the recipe for success. 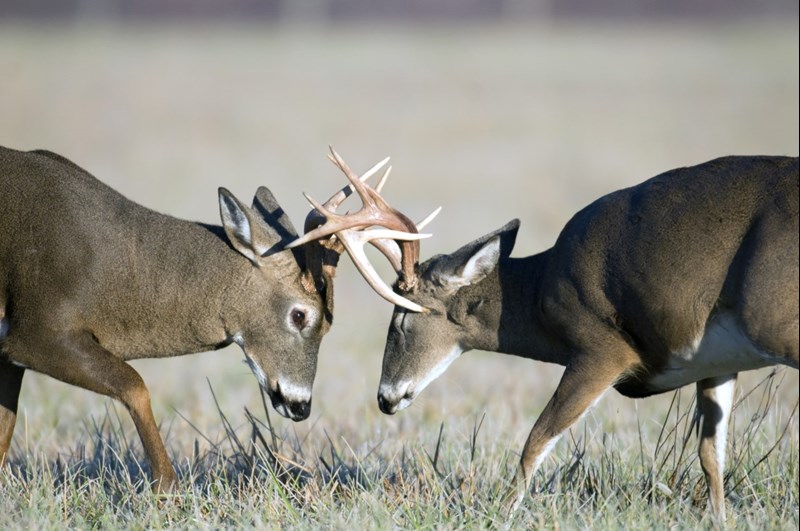 Imitate as realistic as possible

It´s hard to imitate two big bucks fighting, and the scenarios varies depending on where you live. But you must try to make it sound as realistic as possible, whether you use real or synthetic antlers (or prefer a rattle bag).

When two bucks are fighting their antlers, for the most part, are jammed together. Start of with some big cracks and then grind the antlers together. Vary the speed and intensity up and down. And remember, when two bucks fight they are often gasping for breath during the fight – and are creating (and a lot of noice) by breaking branches and other things in their surroundings. This is something that is difficult to do by yourself, which leads us to our next tips.

We recommend a setup where you work in pairs; a shooter in a tree stand and a caller on the ground. That way the shooter will have a great view and will get more shot opportunities, and the caller on the ground can break branches, kick rocks and rattle aggressively.

Bucks are not concerned about time. They fight whenever they want to fight and every battle is different. Take your time and be patient. I will be worth it.

Whitetail deer hunting is very common to the United States as deer populations are large. Learn about optimal shot placement on White-tailed deer on Norma Academy.