What is a Pre Shot Routine?

If we consider what this term actually means, we can interpret it as the routine before shooting. However, what do these words mean in theory and how do you approach this as a shooter in practice? Hopefully we will get some explanations as we tackle the subject.

For me, who has been a clay pigeon shooter for more than 15 years, these three words came into my world about ten years ago. I had taken a lesson and was asked how I was ‘going to shoot the pigeons’ that were presented to me and ‘what routine do I have’. I think my face looked like one big question mark. Reluctantly I replied that I was probably just going to look at the pigeon and shoot somewhere in front of me and that it is something I do mostly spontaneously. I didn’t think that much of how to execute my shots, I shot solely on feeling. It either went well, ended in a penalty or was a bad shot, which provoked feelings of uncertainty until the next shot. It was during this lesson, more than ten years ago, I became aware of what a "Pre Shot Routine" is and why it’s important to have one when I shoot.

The very concept and principles of the Pre Shot Routine actually comes from a completely different sport, namely golf. Golfers developed this method long before it became a known concept in the shooting world. The method helped golfers become better players, to hit more even and thus succeed in sharp mode and over time. They realized the importance of these factors in order to, psychologically, keep up their game during a round of golf that can last for several hours. Same as you need during a competition in English Sporting for example, where the challenge lies in the ability to repeat our shots over and over again at each station. 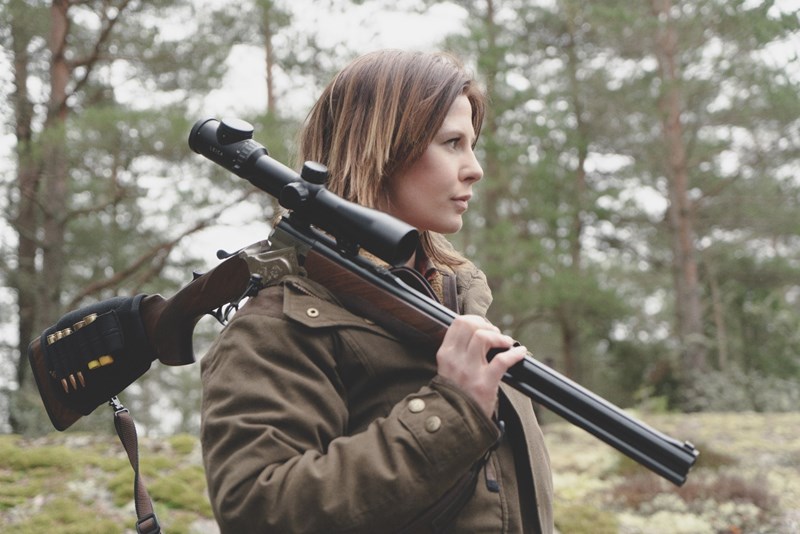 Exactly what routine you have before shooting is of course individual and if you ask ten experienced shooters, you will probably get ten different answers. However, they all have an idea of how to shoot the pigeon and what to focus on. All of them have also developed a routine they always stick to. They do the same procedure no matter which pigeon they are going to shoot and they know exactly why they are doing what they are doing. It’s simply about having a plan for the shot before calling the pigeon. The idea must be worked through when it is time to shoot. If our thoughts wander while we take the shot, we are more likely to blunder compared to if all the thinking is done before calling out the pigeon.

For my part, I have a Pre Shot Routine where I, in conjunction with loading the gun, carefully think through my shot. I fold up my gun and memorize the task I stand before. I have some bullet points I always go through before every shot. I work mainly with my "hold point", which is the position I place the muzzle against before calling the pigeon. It’s essential to keep a close eye on precisely this point because it’s extremely dependent on two other factors, namely where the pigeon first becomes visible after the call (view point) and where I have decided to shoot the pigeon (killing point). In between these two points, I usually find my optimal "hold point". When working like this, you give yourself the optimal conditions for allowing your eye to see the pigeon before you start working on the pigeon. The signals sent to the brain when the pigeon first becomes visible will have time to process before sending out new signals to the body to start the movement: eye-hand coordination.

Working with a "hold point" is one of several important strategies to succeed as a marksman. It may not be as important to others as it is to me, but considering that I, as the shooter, will have time to see the pigeon and assess the speed before the actual shooting, I see it as my perhaps most important stage before a shot. Someone said at the beginning of my shooting career that "the hit is in the start"; if you start right, you usually finish right. In addition to deciding where my "hold point" is, the choice of shooting technique as well as how I stand are two elements to which I also pay great attention to in my planning. There are certainly other shooters who think these two steps are the most important parts when they manage their Pre Shot Routine and plan their shots. We are all different, we shoot differently, we think differently and we focus differently. However, the common feature is that everyone are trying to find our own tools to be able to do the same procedure for every shot.

The pre shot starts when you see the target

So what I usually think about when loading is: Where do I see the pigeon? Where do I want to shoot the pigeon? Where should I start working with the pigeon? How fast is the pigeon? With what technique should I shoot the pigeon? Where does the pigeon land and how far away is the pigeon? A number of questions that I don’t literally ask myself, but which I answer by memorizing the answers as I load my gun.
My routine today is much faster than it was ten years ago because it has become a natural action for me and is something I do before every shot. Keep in mind though, when you first start working on your Pre Shot Routine you have to let it take some time and allow your brain and body to catch up. It’s like everything else in life: Practice makes perfect. Remember that the actual Pre Shot Routine actually begins the same second you see the pigeons.

In Sporting, which is the branch of clay pigeon shooting I do, the competition consists of a wide variety of moving targets and then you need to be able to make quick decisions based on what is presenting. However, it’s always just as important to stick to your routine no matter which pigeon you are to shoot. So, it doesn’t matter if the pigeon is easy or difficult, the routine should always be the same.

If you want to start the process of finding a routine of your own, try to keep it reasonably simple without too many steps. Decide upon something specific that is common for your every shot, for example loading the gun, and then think about how to handle upcoming shots. If you have too many ideas, the routine becomes complicated and it will be easy to miss a step. If you miss a step, your routine is broken which may result in unnecessary penalties. Also, be sure to generate awareness of what you choose to have as your routine and make sure that it works. That is to say that the step you choose to have as your Pre Shot Routine has something to do with shooting. My best tip is probably to combine loading with using the view out over the area to be shot. Just remember to keep it both simple and relevant to the task before you. The step before the call must not be too long. If you take too long before calling out the pigeon, you can get unnecessary warnings and penalties because of a picky judge that might choose to clock you.

When shooting doubles, another factor comes into play for your Pre Shot Routine, namely the fact that there are two pigeons to be shot. In these cases it’s even more important to think through what you are to do in step one, i.e. how should you shoot pigeon A? At the same time, you need to make a plan for the second pigeon, Pigeon B, in your routine. Two single pigeons that together become either on report or a simultaneous pair. Ground your plan on the fact that there are two completely separate pigeons to be shot, but memorize for yourself exactly how you want to shoot the two pigeons. Where the barrel should go after the first shot is perhaps the most important part to decide. This is easy for an experienced shooter but all the more difficult when you are a beginner. However, it’s not more or less important depending on how good of a shooter you are, it still requires just as much work of the inexperienced as the experienced shooter.

Some may wonder why this is so extremely important. Just take the shot right? But the answer is that through your Pre Shot Routine, you create a step that always looks the same no matter what or how difficult the task is. By sticking to your routine, you create an inner peace and it will hopefully be easier for you to understand what might have gone wrong with the shot. If you have a clear original plan, that of which you are acutely aware of throughout the shot, you can also analyze it afterwards. If you do it right, just repeat your step according to the plan. If you do it wrong, you can easily adjust the step for the next one. The better you get at planning and at following the plan, the safer and better shooter you become.

The shooting range lays the foundation

Finally, a little note to both the experienced Sport Shooter as well as the hunter who practices its shooting for the hunt. If you manage to execute your routine properly on the shooting range when training for the upcoming hunts, you will become a more confident hunter out on the field as well. On the shooting range, there is an opportunity to train for situations that you face in real life. Although you will never know the birds exact route, you will have given yourself, through proper training on the shooting range, a better chance to deal with the situations you face on a hunt. By becoming a secure shooter on the range, you give yourself the very best circumstances to become a secure shooter out in the wild as well. 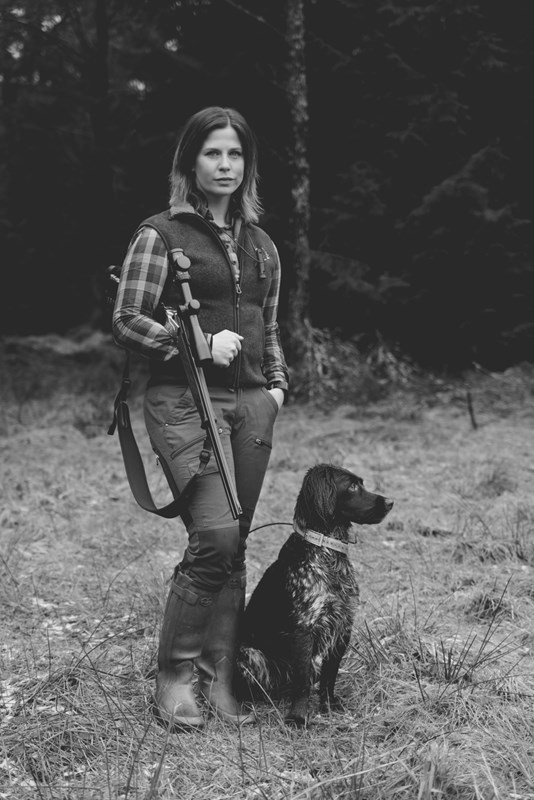