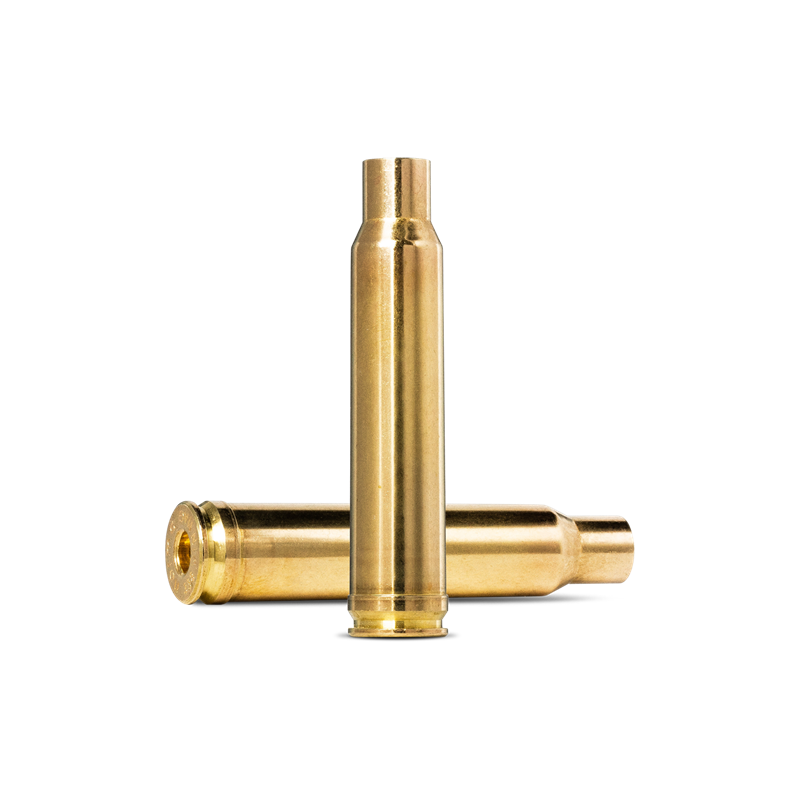 Two years after the introduction of the short .458 Win. Mag, two cartridges with unusual bullet diameters were marketed by Winchester. Quite unusually they were both named using their true bullet diameters. After a good start the .264 Winchester Magnum turned out not entirely to be what it was supposed to and it quickly began to fade away. But its big brother hit it big. The .338 Winchester Magnum is one of the most popular magnum cartridges for large American game. Not surprisingly, as it uses heavy bullets with a moderate velocity resulting in a well-controlled expansion and a very good penetration - the time proven recipe of an efficient killer. Maybe even more important the moderate velocity makes the recoil tolerable to most hunters. The trajectory is slightly higher when compared to the faster big bore magnums, but under actual hunting conditions this is rarely the decisive factor for success. Due to the ratio between the case capacity and the bullet diameter of the .338 it is not a true magnum in the sense that it will not be at its best with the slowest burning powders. It remains, however, a very good cartridge for all-round big game hunting all over the world from deer to the largest antelope.