Biathlon is a Greek word for "two tests" and describes the combination sport, skiing and shooting, quite well. The sport is said to have originated from the 18th century when Nordic hunters went out in the woods and fields to hunt with skis on their feet. Soon, military skiing competitions began to be organized, which are considered a precursor to today's modern biathlon.

Biathlon as an official olympic event

There is a lot to say about the sports hunting and military background, but in this article, we will focus on biathlon in the Olympic context. The first major international Biathlon competition happened in 1924 where we could find military patrol as one of the four skiing events. After that, military patrol was included in the Olympics in three winter games - 1928, 1936 and 1948. It wasn’t until Winter games in Squaw Valley 1960, Biathlon became an official Olympic sport , where, by the way, Swedish Klas Lestander forever entered the history books when he won the first race ever - the men's distance race over 20 kilometers.

After that, a lot of changes were made. Eight years later, in Grenoble 1968, the men's relay was added to the Olympic program and in 1980, in Lake Placid, the sprint distance over 10 km was added. The women's Olympic history of biathlon started 1992 in Albertville when Anfisa Reztsova, who only a few years ago admitted that she was doped during her career, won the sprint distance. In 2002 in Salt Lake City, the competition program was further expanded with pursuit races. In 2006, mass start debuted at the Turin Winter Olympics and in Sochi 2014, a mixed relay was introduced which involved teams of two male and two female biathletes.

The Norwegian Ole Einar Bjørndalen is usually, very fairly, called the “King Of Biathlon” and he has thirteen Olympic medals to show for it. Another name that must be mentioned in these contexts is the Frenchman Martin Fourcade who managed to pick up five gold medals and two silver medals during his impressive career.And if Ole and Martin can be called the kings, German Ursula Disl undoubtedly aspires to the queen title with a prize cabinet that displays nine medals. Also worth mentioning is Norway's Marte Olsbu Røiseland who performed an impressive championship during the Beijing Games that just ended. 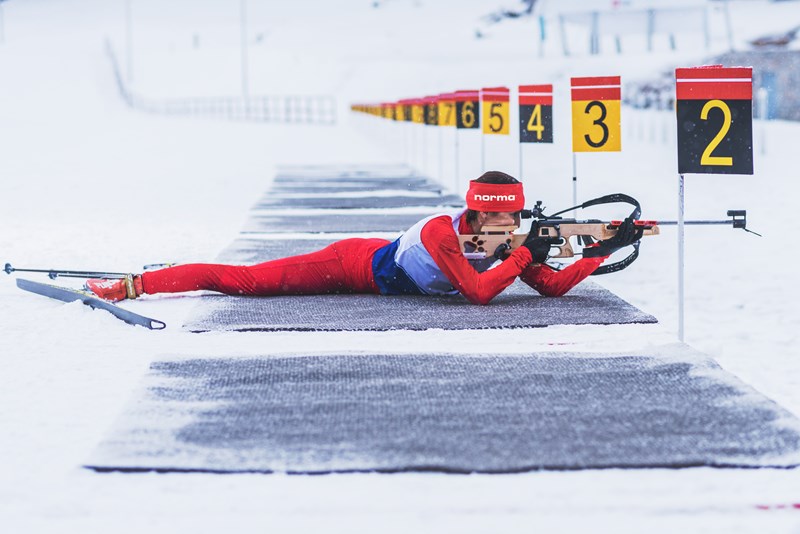 Back in the race

Now we look forward to new chapters in the constantly updated book about the history of biathlon and the Olympic Games - and that with NORMA in one of the roles. With the new Norma Biathlon series, we return to the biathlon scene and the absolute elite. The biathlon cartridges are carefully developed and tested in the factory's cold tunnel. 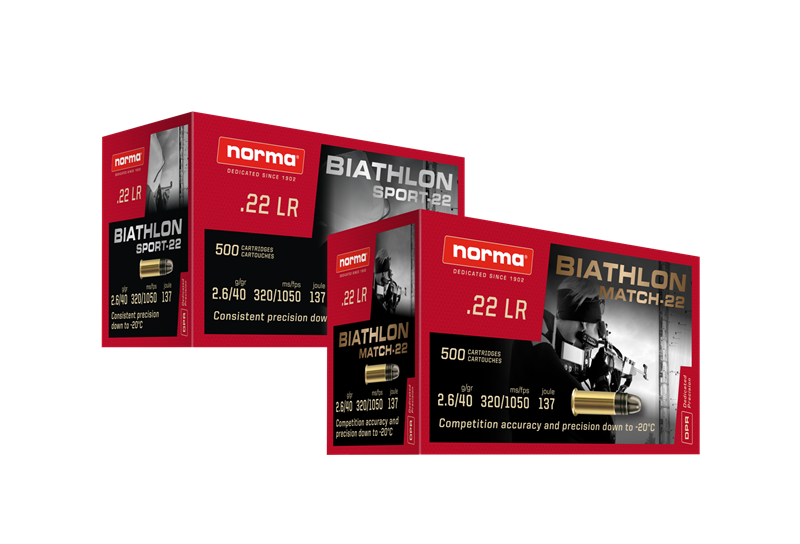