Arctic meat in a pure way

They are not easy to see in the snow on the white mountain side, which is why Jakob Jødahl keeps sharp eyes on the animal as he approaches. It's hard for the old hunter to move up the mountainside in the heavy winter boots nevertheless, the snow hare has discovered nothing yet and the hunter has all the time in the world to get close. In three deep breaths, he draws chill and perfectly clean Arctic air into his lungs but stops halfway on the last exhale. The reticle rests securely on the chalk-white fur, just above the foreleg, before he releases the tiny bullet. A perfect shoot by the small but furious 17 HMR projectile and the hare drops on the spot.

Immediately, Jakob notices another movement from a running hare a little higher up on the mountainside. The 17 HMR is a precise bullet on distances well over 100 meters, however the wind can affect the tiny projectile. Today there are no wind and the other snow hare is well within range, only 60 meters away. As it stops to orient itself, Jakob has already moved to another rock in front of him to get a perfect rest. In the crispy slam of the shot, the hare sets off and within a second it has moved around 10 meters up the mountainside before the blood supply for the brain shuts down and stops. Two seconds after the shot, the snow hare takes a leap into the air, loses its balance to fall backwards. The surrounding is completely quiet and everything seems so innocently clean: the air, the snow, the fur. Only the trace of blood in the snow after the hare's death sprint remains as a kind of contamination. On the other hand, the blood trace is just a signature in the snow, telling a story about one of the cleanest ways to get meat to the table. 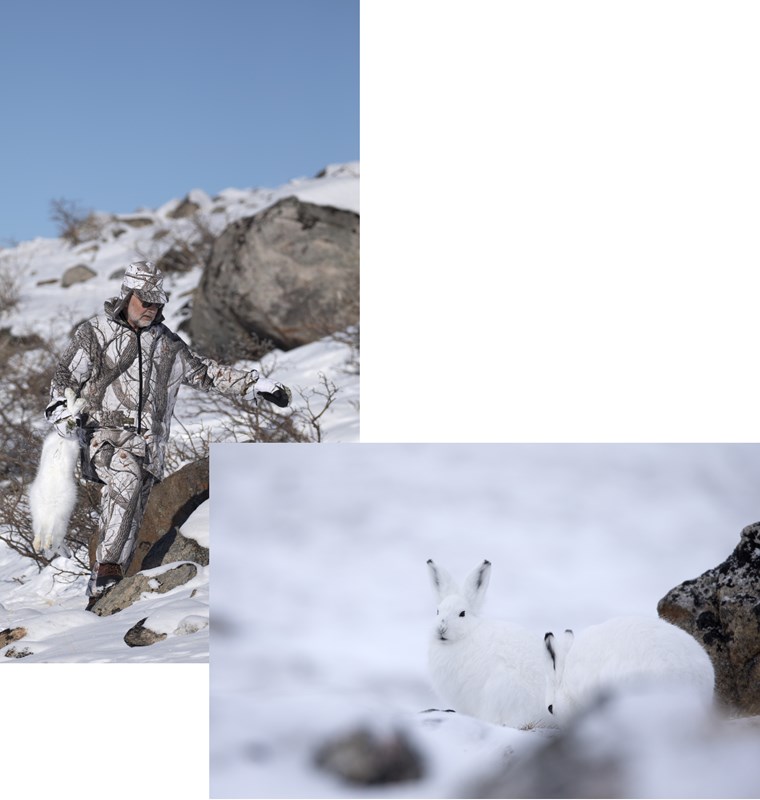