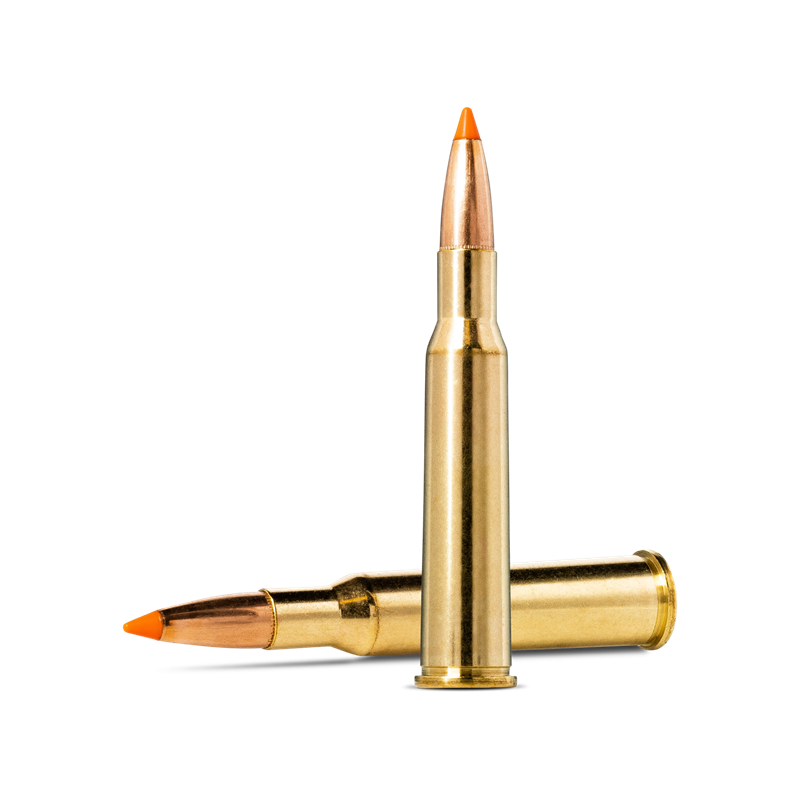 This is the rimmed version of the 7x57, which was designed and developed for use in break-open rifles and combination guns shortly after the introduction of the 7x57 in 1892. These weapons are very popular for all-round hunting in Central Europe, but needs a rimmed cartridge in order to ensure positive extraction under all circumstances. The 7x57R is a very good choice for this purpose as it operates with a modest working pressure which is a great advantage in the comparatively weak break-open actions that furthermore often are very lightly built in spite of having to contain 3 or sometimes four barrels and intricate lockwork.

Like most rimmed cartridges the 7x57R is slightly less powerful than its rimless equivalent due to the lesser working pressure, but as it is mostly used at short to medium range this constitutes no practical problem in the hunting field. For European hunting it is close to the ideal all-round cartridge. It is powerful enough for moose hunting in Scandinavia and is about ideal for roe deer and lesser species. As it is especially designed for break open rifles or combination guns, few arms using the 7x57R will be seen in the hunting fields of America, but in a pinch it is powerful enough for just about everything - with the possible exception of the largest bears.