In August, the World Championships was held in Bitche, France, where I had the honor of defending our national colors and thereby try to prove that Sweden should be fighting in the top in major competitions, such as the World Cup. In retrospect, I am very proud of our Swedish squad, which took podium places in all categories. We also claimed an individual gold when one of my Team NORMA shooters Louis-Philippe won in the MIL/LEO class.

I myself shot in another category called Open, where we managed to win team silver! Open is the highest division and we knew that the Americans would be difficult to beat, which turned out to be true, even if they were not immortal. In the US, the sport is much bigger which leads to more competitions. This, of course, makes a difference and it is not a surprise that they have an advantage when they have the opportunity to shoot competitions every other weekend, unlike us in Sweden, who shoot 5-10 competitions in a year. However, the PRS shooting has started to grow in Sweden, and there is an opportunity to participate in more big competitions, but also in more small, local competitions.

Unfortunately, I had a mishap with my weapon in France. Halfway through the first day, something happened with the extractor that resulted in many missed points, or rather missed shots. I finished in ninth place after a shoot-off against Austin Orgain. As I am a competitive person, I was of course feeling very down after this and I was not satisfied with the outcome. However, in retrospect, when I’ve had the chance to evaluate the performance, I feel proud: best Swede overall, shoot-off against one of USA’s best shooters and a total of 9 out of 244 shooters, as well as a team silver. 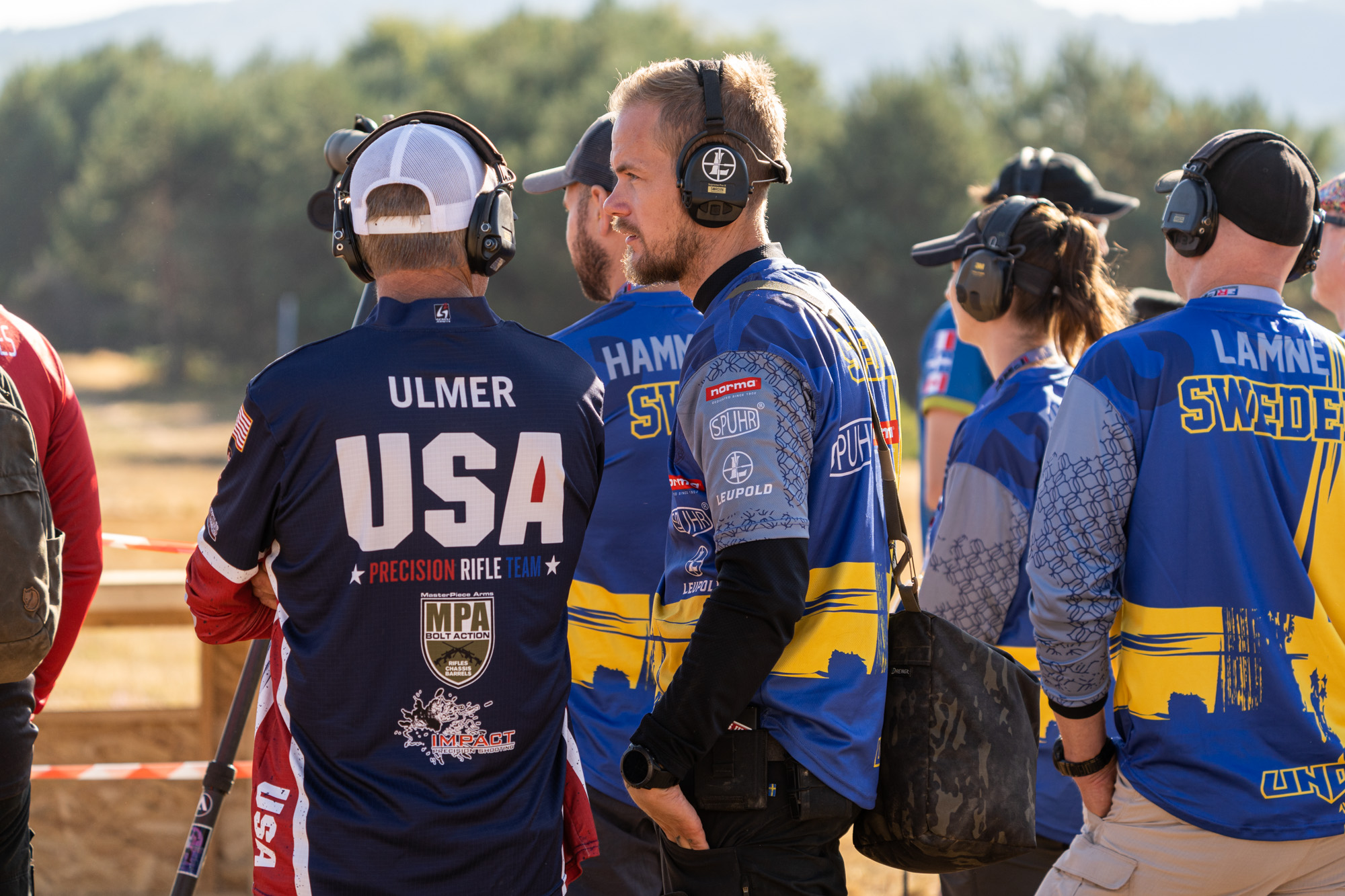 So, how was the experience at the World Cup? I have to be honest and say that I went there with a good spirit and with some inner calm that told me the Swedes would deliver. However, that feeling changed as soon as the introduction started before the competition when I started thinking “Here we are, all competitors divided by countries. Do I have to beat all these people?!”. The faces of all the competitors never ended. I was standing there looking at them all, 243 competitors, and it almost became overwhelming for me. At the same time, I told myself “you are here to win and it is your performance that counts. It doesn’t matter if there are 10 competitors or 1000 competitors, do your best and nothing more can be done”. And I feel that I actually did my best, I came prepared with a lot of shooting training in my body and in a good frame of mind. Before leaving my home, I had done everything that needed to be done at home and at work, in order to fully focus on my task. Now I was going to focus on the competition and nothing else mattered. To be able to perform at your best you have to be in good mental condition. For me it makes a big difference not to have things that I ponder over, regardless of what it is about. Unfortunately, I have overlooked the mental side for a long time, but the further I have come in my development, the more I realize how important it is to be mentally stable and to be able to enter one’s zone to focus 110% on the task.

When we were divided into our different squads before the competition, we did not end up with our national team colleagues, but were instead divided into groups with other nations. The different groups competed every other day, so on the day when we didn’t shoot we helped our national teammates with water, tactics and were a general sounding board about everything, such as how to tackle the station, what the wind effect was, what game plan you have and what equipment you should have. Since the heat in France on a glorious summer day in August takes a toll on both psyche and body, good advice can be worth a lot. 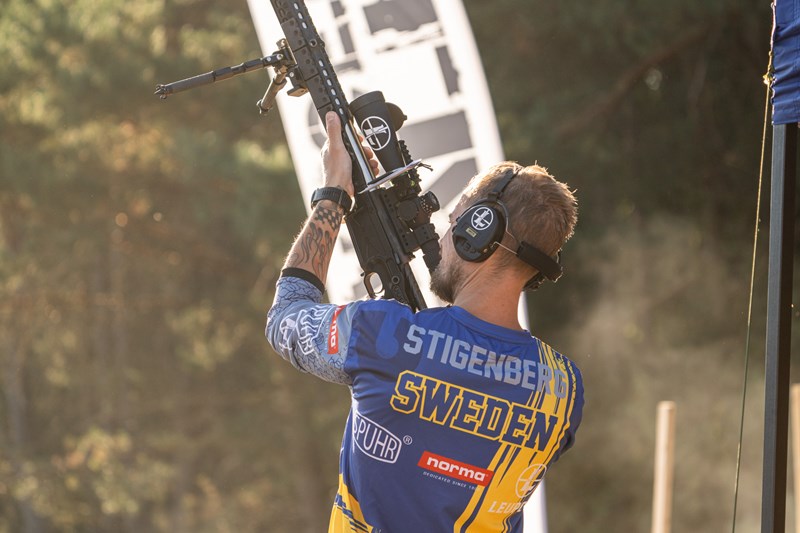 Each day contained 10 stations. Two days thus meant 20 stations where you had to try to keep a cool head. Focus must last throughout the day; there is no room for cheap mistakes here. The stations were challenging with short shooting times and generally small targets, many target changes and a lot of wind. But this also made it a very fun competition.

Something that is usually unique to our sport is the cohesiveness where you help each other develop in the different squads and always cheer on the squad in which you are shooting. This is something that you might think changes during these types of competitions, but I can say that the World Cup did not affect this cohesiveness, which made me very happy. The majority of participants are like-minded, love the sport and are willing to share their thoughts and tactics with each other. Of course, you compete individually, but it is still like a small squad-family where you make new contacts and meet new friends.

Two people that I shot together with and that I liked very much was a Norwegian, Jarnes, and a Dane, Mathias. At the time of writing this article, I am going to shoot the Norwegian PRS final within a week and have “teamed up” with Jarnes. I have established good friendships with a bunch of Americans and Brits, which will help me with the traveling to other competitions in the future. It is easy to become enraptured by how hospitable people are, “Of course you should come and shoot here! You can stay at my place; it is no problem at all”. This is how the sport develops, and of course, I am as welcoming to them.

I learned a lot during the year before the World Cup. Before the competition I stepped up a little bit more, I trained as much as possible and went to as many competitions as I could. I am constantly working on my mindset and I am trying to find a stable mental ground to lean on. It is not always easy to find the time for training, as I am a father every second week and I also run a business. That means that I don’t have oceans of time, but I take every chance I get to be on the shooting range and I am usually there 2 times a week and shoot 100-200 shots a week.

With all this training behind me, I feel that I can trust my decisions and that I can ”own them” even if they are not always right. And with a lot of competitions in my pocket, the wall of nervousness is lowered as well as the risk of being affected by external factors such as psyching or that you end up in a negative spiral when things do not go as desired. After the World Cup, I have only become more motivated, I continue to train and go to all competitions that I can. Last weekend for example, we shot at the Botnia Long Range Fall 2022; perhaps the most varied and fun competition, which takes place in Sweden right now in an incredible environment in Vindeln, Umeå. After this competition, I was able to leave the award ceremony with a 1st place and a trophy to decorate the shelf at home, great fun!

Now I set my sights on the World Cup in South Africa and will do everything to qualify for the Open division once again. Thanks to everyone who supports me in my quest to become a better shooter!

Now we aim forward! And as always, take care of each other. 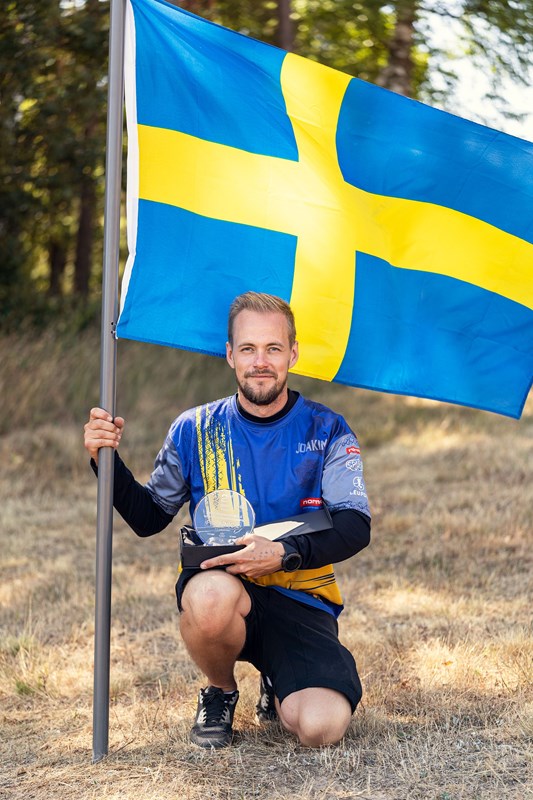