The rapid development of the sport

It didn't take long before the competitions in California gave rings on the water. The sport of shooting quickly spread to other continents and in 1976, the International Practical Shooting Confederation (IPSC) was formed at the International Pistol Conference in Missouri, more specifically Columbia. Under the leadership of Colonel and Conference Chairman Jeff Cooper, later known as "The Founding Father of IPSC", 40 participants from as many countries were able to meet, determine the form and set the direction for the future of IPSC together.

What started small are now conducted into five different categories:

How competition in IPSC works

The part 'Dynamic' in the name is there for a reason. The cornerstone of the sport is that every challenge should be different from before, as well as the sport should be endless in variation possibilities. Therefore, it´s up to the organizer of the competition, given that safe shooting is put into account, to conduct the competition however they like. The organizer can choose to place the boards at any distance, in any angle and demand any shooting position they want. They are also allowed to place the targets how they want – tilted, obscured or cropped to appear smaller. The organizer does everything in its power to make all the competitions different and to challenge the shooter in new ways. The sport is dynamic and classed as one of the most challenging sports there is.

Even though the boards can be placed how ever the organizer want, there is a guideline for which size they are allowed to be in. The target have to be 57x45 cm and contain three different scoring zones where the middle one (Zone A) is the hardest.

To be allowed to practice Dynamic Shooting – both in Sweden and abroad – the shooter has to have a valid IPSC-license and this is demanded for IPSC-competition and training as well as at your local shooting association. The license is obtained after a completed education and approved examinations in two parts; a theoretical part in form of rule knowledge and a practical part in form of safe weapon management.

Today, IPSC affiliates around 100 different regions all over the world including Africa, America, Asia, Europe, the Middle East and Oceania. In Sweden alone we have more than 120 associations affiliated to the Swedish Dynamic Sport Shooting Association. Click into www.sdssf.se to read more about dynamic shooting in Sweden.

Of course Norma offers a wide range of ammunition suitable for this sport, everything from caliber 22 and 9 mm to heavy-caliber weapons. Click »HERE« to get to our product range for Dedicated Precision, get your license and start practicing! 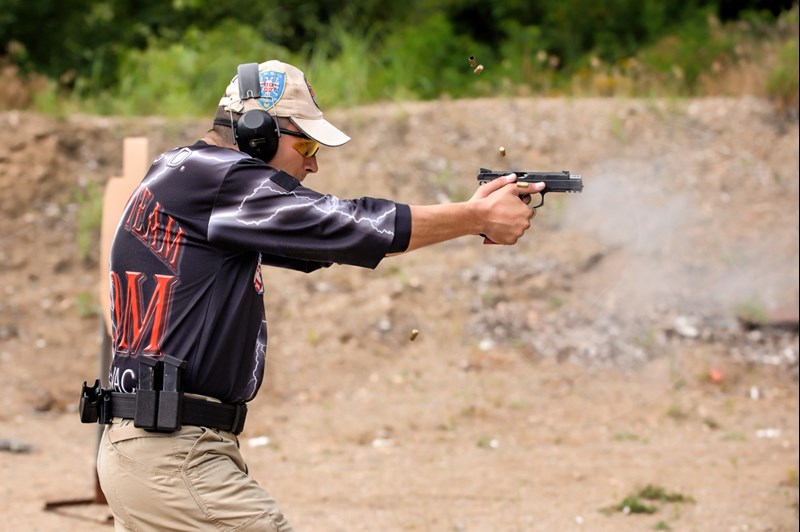